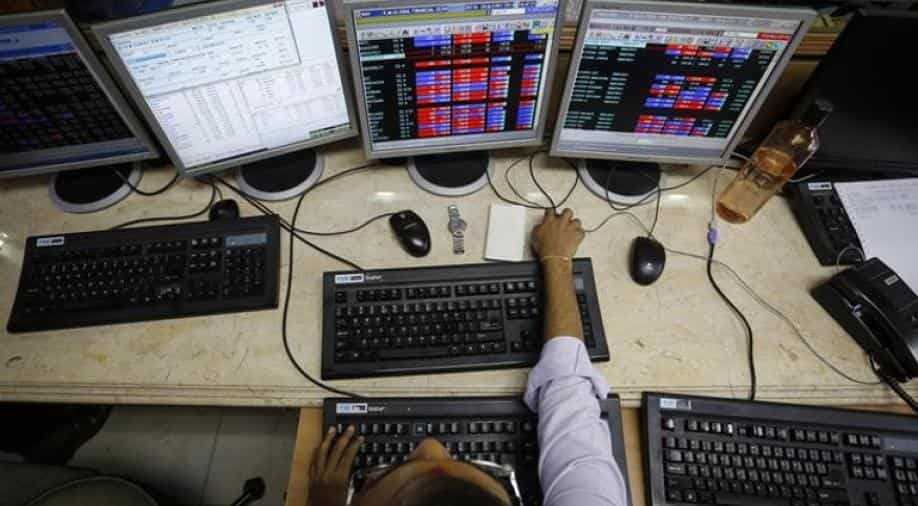 Still, the average price-to-earnings ratio of 23 on the BSE Sensex is at a 17-year high, suggesting stock prices are stretched. Photograph:( Reuters )

Indian stocks are set to rise further over the coming year but will lag predictions from three months ago on worries shares have become too pricey and that the economy is headed for a rough patch, a Reuters poll showed.

If realised, that would mark its best calendar year performance in percentage terms since 2014. The latest predictions were lower than the 33,000 - which would be a record - forecast in the June poll. The existing record high, struck in August, is 32,686.

While Indian shares have been among the star global performers this year, the domestic economy has been slowing since the middle of 2016. The latest data showed economic growth cooled to a three-year low in the quarter through to June.

That unexpected slowdown, which was reported in August, prompted foreign investors to pull cash out of India and triggered two consecutive down months in the Sensex for the first time since early 2016.

Still, the average price-to-earnings ratio of 23 on the BSE Sensex is at a 17-year high, suggesting stock prices are stretched.

"Valuations are very rich and even the liquidity flow from FIIs (Foreign Institutional Investments) is now drying up," said B.V. Rudramurthy, managing director at Vachana Investments.

About 60 per cent of respondents said the index was overvalued.

The remainders don't think Indian shares are overvalued now, though they expect it will be so if further gains were made as predicted in the latest Reuters poll by end-2018.

"The stock market has been optimistic about an eventual corporate earnings recovery, justifying the valuations. That is the single biggest risk," said Ajay Bagga, executive chairman at OPC Asset Solutions.

The biggest risks to those forecasts were the persistent weakness in economic activity and lower-than-expected corporate earnings, according to analysts.

The government's decision late last year to ban high-value currency notes took over 85 percent of cash out of circulation, a demonetisation drive that has hurt consumer spending and businesses.

That, along with a push this year in July to unify various state-level taxes into one national goods and services tax, has disrupted business and cast a shadow over economic activity.

"Economic activity has to pick up for corporate (profit) growth as there is unutilised capacity. But too many harsh reforms have impacted growth at a time when the market is overvalued," said A.K. Prabhakar, head of research at IDBI Capital.

"Still, there is no major avenue to invest post demonetisation. The idle cash which has come into the system is likely to keep markets elevated."