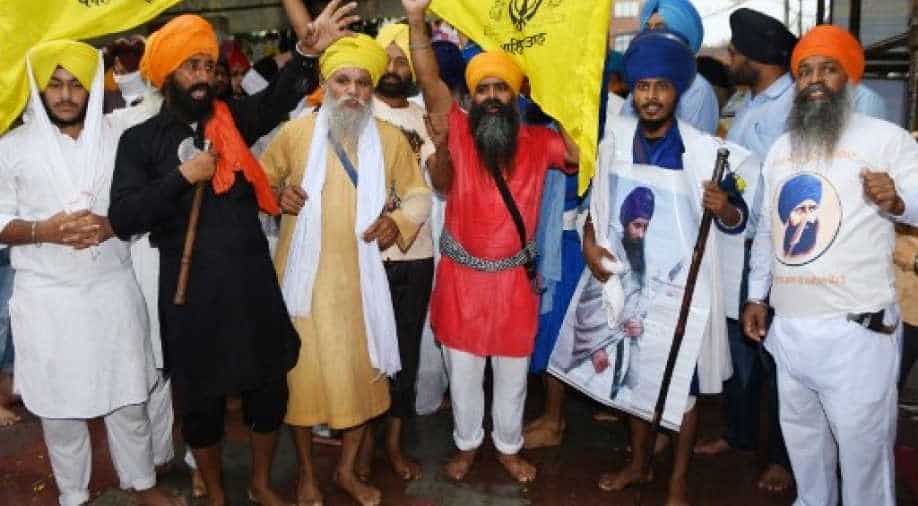 Referendum posters have been seen at important Sikh Gurudwaras, something that has been raised with Islamabad by New Delhi.

Rejecting Khalistani separatism, the British government has said it considers Indian Punjab as part of India after a so-called referendum being organised outlawed Khalistani extremist group Sikhs for Justice (SFJ).

A British High Commission spokesperson in response to WION question on the referendum being organised by SFJ said, “This is a matter for the government and people of India, not foreign countries or overseas organisations. While we support the right of anyone to voice their opinion, the UK government is not involved in any way with this unofficial and non-binding referendum. "

"We consider the Indian Punjab to be a part of India,” it added.

The so-called referendum is on the formation of "Independent country" in India's Punjab and has found support in Pakistan. Referendum posters have been seen at important Sikh Gurudwaras, something that has been raised with Islamabad by New Delhi.

The development comes days after Canada dismissed support for Khalistani separatism. The Canadian foreign ministry told WION last weekend,"The Canada-India bilateral relationship is a priority for the Government of Canada. Canada respects the sovereignty, unity and territorial integrity of India,"

Asked on the so-called referendum being organised by Khalistani extremist group Sikhs for Justice (SFJ), the Canadian foreign ministry said that the, "Government of Canada will not recognize the referendum.”

The remarks have been welcomes by India, with the Indian envoy to Canada Ajay Bisaria who said, "Canada continues to show sensitivity to Indian security concerns."

He explained, "Canada is a strategic partner for India" and New Delhi will "continue to engage closely with Canadian interlocutors, including security agencies, on a range of bilateral security issues."

UK, Canada host last Sikh Diaspora. In fact, Canada has the largest number of Sikhs outside of India accounting for around 1.4 per cent of the population of the North American country.