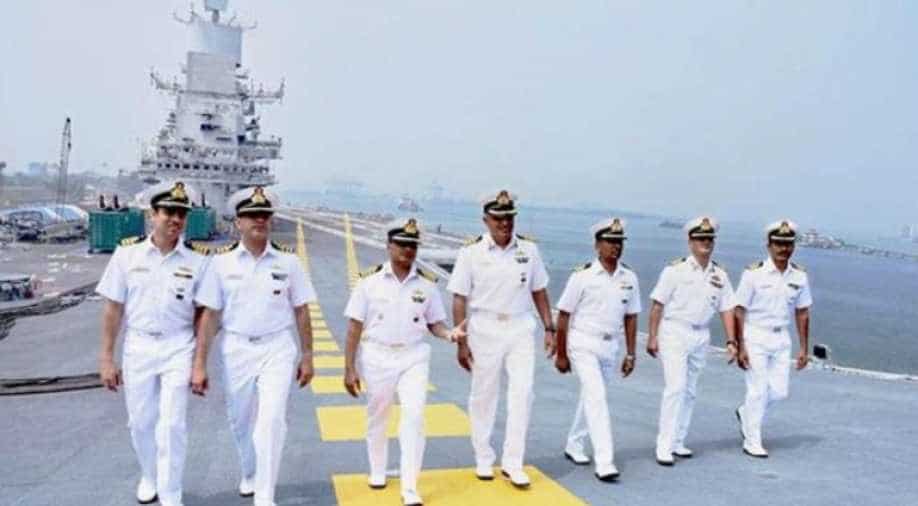 The handing over of the ship comes two days before Prime Minister Narendra Modi pays a day-long visit to Maldives to attend the swearing-in ceremony of new Maldivian president Ibrahim Mohamed Solih.

India Thursday handed over to Maldivian Coast Guard one of its ships after carrying out major refit on it, the Indian Navy said.

"Maldivian Coast Guard Ship (MCGS) Huravee successfully completed her refit at Naval Dockyard, Visakhapatnam, and the ship was formally handed over to the island nation," a Navy spokesperson said

The handing over of the ship comes two days before Prime Minister Narendra Modi pays a day-long visit to Maldives to attend the swearing-in ceremony of new Maldivian president Ibrahim Mohamed Solih.

Modi's visit is seen as an indication of an attempt by New Delhi to mend bilateral ties, which nosedived during the outgoing Abdulla Yameen government.

India-Maldives ties came under strain under Yameen and the relations deteriorated further after he imposed emergency in the island nation on February 5 this year.

Maldives is an important country for India's maritime security and there have been concerns in India over China's growing influence over the country in the last few years.

The Navy spokesperson said the four-month long refit of Huravee was part of an initiative by the Indian Navy to enhance its outreach to friendly foreign navies in the Indian Ocean Region.

"The ship had arrived at Visakhapatnam on 12 Jul 18 and successfully completed her refit on Nov 14," the official said.

"Major repairs were undertaken on the ship's hull, main propulsion and auxiliaries. In addition number of systems and equipment were upgraded for better performance and reliability," he said.