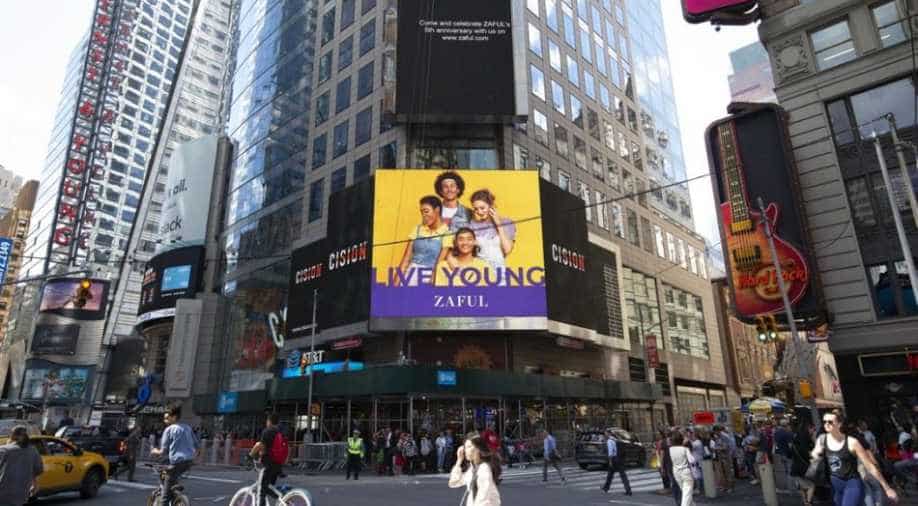 The magnificent tricolour will be unfurled by the consul general of India in New York, Randhir Jaiswal, according to the Federation of Indian Associations (FIA)

To celebrate the 75th Independence day, an organisation representing the Indian diaspora in the US has said it will be hoisting the biggest tricolour at Times Square in New York on August 15.

The magnificent flag will be unfurled by the consul general of India in New York, Randhir Jaiswal, according to the Federation of Indian Associations (FIA).

This ceremony will be a part of the day-long celebrations organised by FIA on August 15.

Also, the first India Day billboard at Times Square will be displayed for 24 hours, and, the Empire State Building will be lit in the colours of the Indian tricolour.

The day will end with a gala cruise on the Hudson River to be attended by top government officials, special guests and members of the Indian American community.

An Independence Day message will also be displayed on the largest Jumbotron at Times Square for 24 hours.

Anil Bansal, FIA president, revealed that the organisation will also hoist the tricolour at the State Capital in Rhode Island.

As per the reports by PTI,  Indian American sporting icons Abhimanyu Mishra, who at 12 is the youngest Grandmaster in chess history, and 17-year-old Samir Banerjee, who made history by winning the Wimbledon boys’ singles final last month, will be honoured at the event.

Mishra and Banerjee, who are from New Jersey, are expected to be present at the event Sunday.