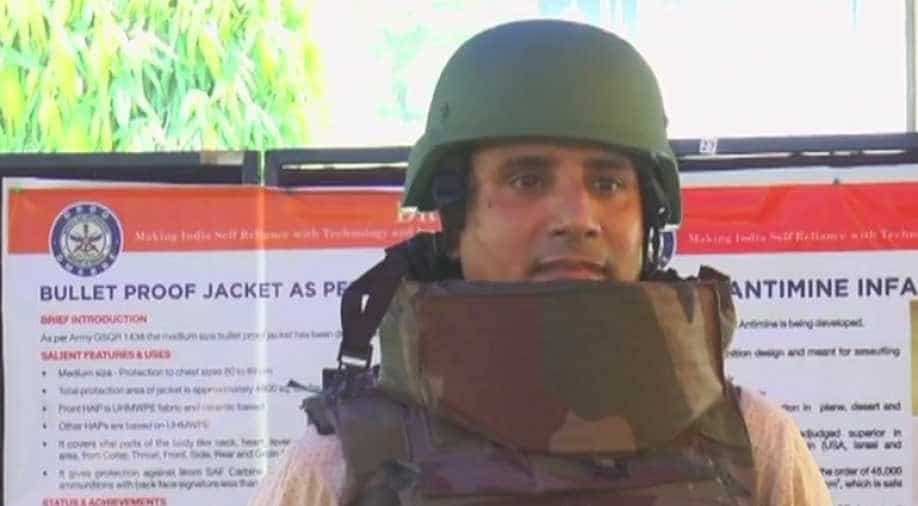 The bullet-proof jacket has the capability of stopping hardcore steel bullets. Photograph:( ANI )

Indian Army soldiers will soon get bullet-proof jackets to be used as a shield in combat operations.

The Defence Materials and Stores Research and Development Establishment (DMSRDE) has made the bullet proof jacket with the capability of stopping hard core steel bullets like that of AK-47 assault rifles, ANI reported.

The AK-47 is considered to be one of the deadliest assault weapons in the world.

The jackets, which have been manufactured after five years of research, promise to shield soldiers from fire coming  from any direction.

The main advantage of the jacket would be in close-combat operations during which it would shield a soldier's chest, back, neck and groin area from enemy fire.

Unlike conventional bullet-proof jackets, these jackets are will ne extremely lightweight and won't restrict movement of soldiers who are wearing them.

"These jackets weigh 10.4 kilos each. This is much lighter - and yet stronger - than what armies of other countries are equipped with," a DMSRDE official told Zee News.

Indian Army has reportedly already raised a request for these jackets and one lakh units are being provided in the first phase.

The jackets will also be provided to the Border Security Force (BSF) and to the paramilitary forces.