Indian and Malaysian satellites are co-passengers on Europe's Ariane rocket 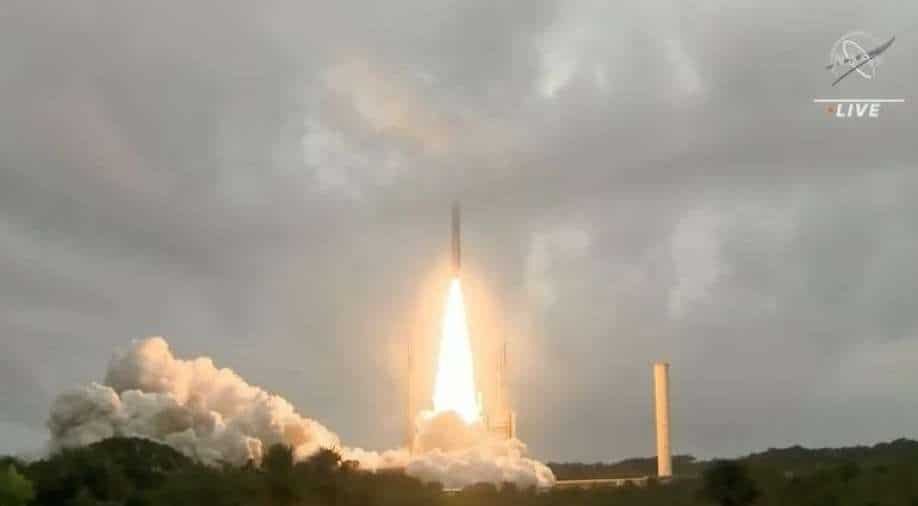 The satellite capacity on-board GSAT-24 has been leased by NSIL to M/s Tata Play, an Indian firm that provides Direct-To-Home (DTH) services. This satellite will help M/s Tata Play offer better and more reliable services to its customers.

On Wednesday, June 22nd, the European launch vehicle Ariane-5 is scheduled to lift-off from the Kourou Spaceport in French Guiana, carrying a payload weighing nearly 10,863kg. In what is to be the second mission of Arianespace in 2022, and the 257th flight by Ariane (dubbed VA257), a communication satellite each from India and Malaysia is to be placed in orbit.

The 4-tonne GSAT-24 is the Indian passenger, whereas the MEASAT-3d is the Malaysian counterpart.

GSAT-24 is a Ku-band communication satellite built by New Space India Limited for the Indian Space Research Organization. It is meant to provide high-quality television, telecommunications, and broadcasting services and will meet the DTH needs of Indian customers. GSAT-24 is configured on ISRO’s proven I-3k Bus (satellite infrastructure) with a mission life of 15 years.

The satellite capacity on-board GSAT-24 has been leased by NSIL to M/s Tata Play, an Indian firm that provides Direct-To-Home (DTH) services. This satellite will help M/s Tata Play offer better and more reliable services to its customers.

MEASAT-3d is a multi-mission telecommunications satellite built by Airbus Defence and Space for MEASAT, the leading Malaysian satellite operator. This new satellite is meant to enhance broadband speeds of up to 100 Mbps in areas with limited or no terrestrial network throughout Malaysia while continuing to provide redundancy and additional capacity for video distribution in HD, 4K, and ultimately 8K in the Asia-Pacific region. This spacecraft is intended to operate for over 18 years and is designed to have an electrical power of 12 kW.

Apart from this, the satellite will also host a Q/V band payload, the first of its kind in the Asia-Pacific region, which allows MEASAT to study propagation effects in high rainfall regions like Malaysia, to enable the design of its next generation satellites.