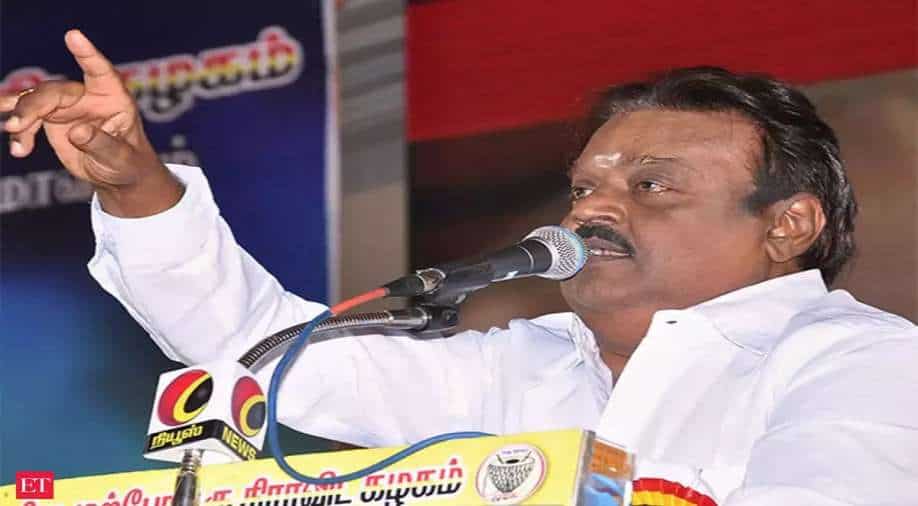 Vijayakanth's party, the Desiya Murpokku Dravida Kazhagam(DMDK) assured that the leader was keeping well, and his health condition was being monitored by doctors.

Veteran actor and politician Vijayakanth, popularly known as 'Captain', underwent an amputation and had his toes removed in the right leg. According to a statement issued by his party, this medical procedure was carried out on the recommendation of Doctors, owing to blood circulation issues caused by Diabetes. His party, the Desiya Murpokku Dravida Kazhagam(DMDK) assured that the leader was keeping well, and his health condition was being monitored by doctors.

The statement issued by his party also urged the public and party cadres to not pay heed to rumours doing the rounds on social media. It added that Vijayakanth was likely to be discharged from the hospital within two days. Tweeting about the senior actor, whom he called a friend, Tamil Nadu Chief Minister MK Stalin wished Vijayakanth a speedy recovery.

Once a leading hero in Tamil cinema, Vijayakanth floated his political outfit in 2005 and witnessed a significant and encouraging run in his political foray. However, after a lacklustre election performance in the 2016 State Assembly polls, his party's significance in the state's electoral landscape started to gradually diminish. In recent years, the actor has not been playing an active role in politics or cinema, owing to his health condition and has also been making minimal public appearances. His wife Premalatha and brother-in-law Sudheesh are currently at the helm of the party.