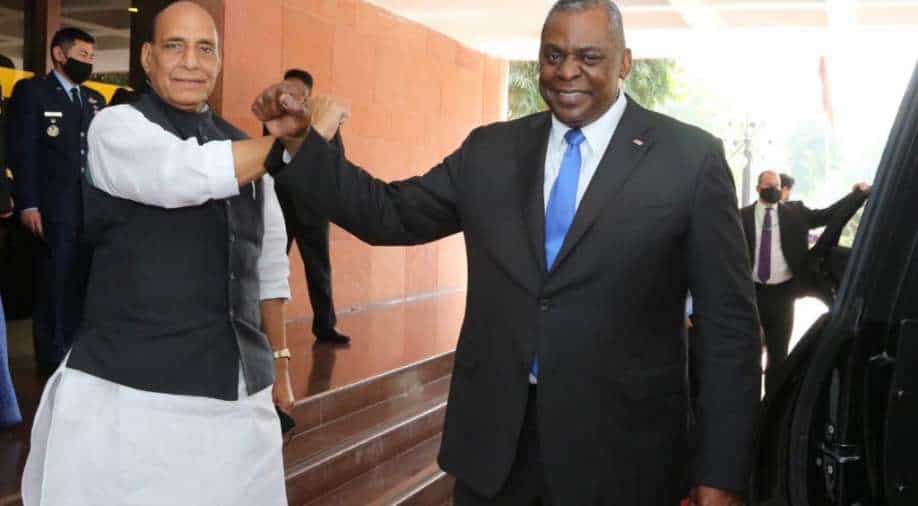 The 2+2 meet is an annual mechanism at the foreign and defence minister's level between India and the US meant to discuss bilateral ties in defence, strategic and security domains.

The annual India, US 2+2 meet at foreign and defense ministers' level will take place in the third week of January in Washington.  India's external affairs minister Dr S Jaishankar and defence minister Rajnath Singh will travel to Washington for the meeting.

It is the fourth round of dialogue that is taking place which alternates between New Delhi and Washington. Three rounds of dialogue have taken place between the two sides so far in September 2018, December 2019 and in October 2020. The dialogue this year was proposed in the first week of December but could not materialise.

The 2+2 meet is an annual mechanism at the foreign and defence minister's level between India and the US meant to discuss bilateral ties in defence, strategic and security domains.

The inaugural India-US ministerial 2+2 dialogue was held on September 6, 2018 in New Delhi in which the then US secretary of state Michael R. Pompeo and secretary of defence James N. Mattis had visited India to hold dialogue with EAM late Sushma Swaraj and former defence minister Nirmala Sitharaman.

India has 2+2 mechanisms at the foreign and defence ministers' level with four countries - US, Japan, Australia and Russia.  Russia is the only non-Quad member with which India has this mechanism.

The maiden Indo-Russia 2+2 meet had taken place in New Delhi on December 6, the day that saw Russian President Putin visiting India for the annual India-Russia summit.

The dialogue took place in the backdrop of India getting deliveries of the S-400 missile defence system from Russia which can attract US CAATSA (Countering America's Adversaries Through Sanctions Act) sanctions.

However, it depends on the US Congress on whether there will be a waiver for India. This year saw Indian PM Modi visiting the US for the first in-person Quad summit which involves India, US, Australia and Japan. The relationship between India and US has increased steadily and become broad-based even as India-Russia ties while being traditional has seen defense and space being the only two key focus areas.