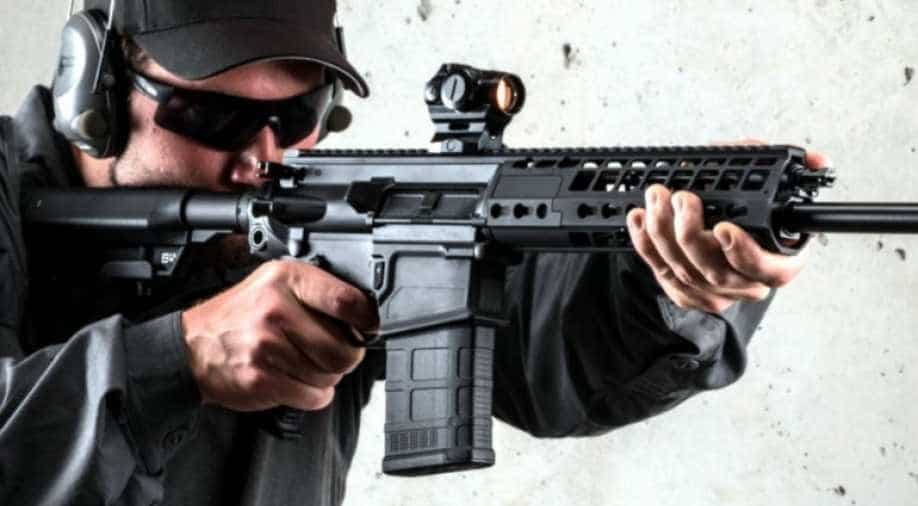 All of the 72,400 rifles are to be delivered within 12 months. They will replace the earlier indigenously-produced INSAS rifle.

India has signed a contract for procurement of 72,400 assault rifles from the US-based (it was originally German) company Sig Sauer.

All of the 72,400 rifles will be delivered within 12 months of the date of signing of the contract.

The deal is for 72,400 rifles and will cost around Rs 700 crore under the fast-track procurement (FTP) route.

According to Sig Sauer's website, the company is a "New Hampshire-based weapons systems provider leading the industry in American innovation, ingenuity, and manufacturing".

This is a rifle that will be used by an infantry soldier and a big move at infantry modernization.

The Indian armed forces are presently equipped with 5.56*45 mm INSAS Rifle. These INSAS rifles will be replaced with 7.62*51 mm assault rifle which according to defence ministry is compact, robust, modern in technology and simple to maintain in field conditions.

The development comes even as India is engaging with the US for its defence needs.

Since 2008, the US has bagged more than $18 billion in arms contracts from India.