India should not expect the US to do its work: Army Chief on Pakistan 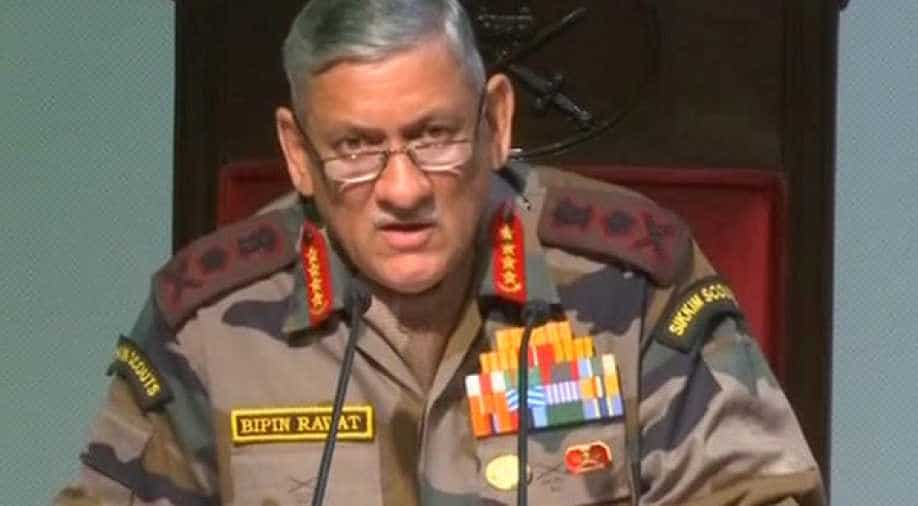 America's pressure on Pakistan to end support to terrorists if it wants aid should not lead India into expecting that Washington would take over New Delhi's work when it comes to dealing with Pakistan, Chief of Army Staff General Bipin Rawat said on Friday.

Acknowledging the suspension of military aid to Pakistan by the US, General Rawat averred it was premature to talk how much of an impact it would have on Pakistan, India and the extended neighbourhood.

"It would be too premature to start saying that everything is going to be hunky-dory. Let's not expect the US to do what we are expected to do," General Rawat said at a press conference here.

Speaking about India's combative action against infiltration in Jammu and Kashmir, General Rawat informed that Cavalry Fighting Vehicles (CFV) have been increased to destroy Pakistan posts that support infiltration, and added that India's war casualties are lesser than Pakistan's.

"The casualties which Pakistan has suffered are three to four times more than we did. Pakistan is sending messages regularly to return to the ceasefire. We are ready, but we will continue till we see a decrease in ceasefire violation," he added.

Last week, the United States announced the suspension of military aid to Pakistan, given that it was not taking "necessary steps" to curb terrorism.

US State Department Spokesperson Heather Nauert said the embargo would remain in place until Pakistan acts against the Afghan Taliban and the Haqqani network.

The announcement came after US President Donald Trump made a scathing remark against Pakistan and accused it of lying and deceiving while receiving billions in aid.