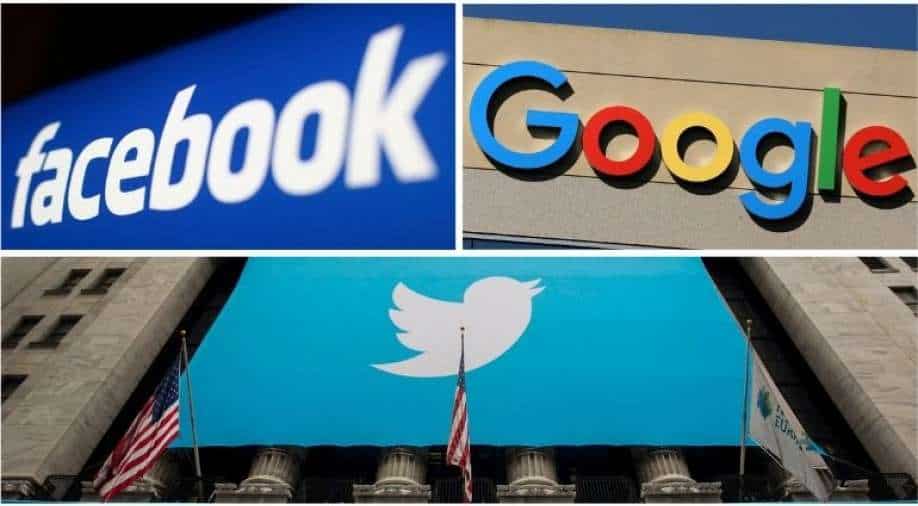 The officials, from the Ministry of Information and Broadcasting, strongly criticised the companies and said their inaction on fake news was forcing the Indian government to order content takedowns, which in turn drew international criticism that authorities were suppressing free expression

Indian officials have held heated discussions with Google, Twitter and Facebook for not proactively removing what they described as fake news on their platforms, sources told Reuters, the government's latest altercation with Big Tech.

The officials, from the Ministry of Information and Broadcasting (I&B), strongly criticised the companies and said their inaction on fake news was forcing the Indian government to order content takedowns, which in turn drew international criticism that authorities were suppressing free expression, two sources said.

The sources, who were familiar with the proceedings at the virtual meeting on Monday, described the conversation as tense and heated, signalling a new low in ties between American tech giants and Prime Minister Narendra Modi's administration.

The officials did not issue an ultimatum to the companies at the meeting, the sources said. The government has been tightening tech sector regulations, but wants companies to do more on content moderation.

The government had said the channels were promoting "fake news" or "anti-India" content and that the disinformation was being spread by accounts based in neighbouring Pakistan.

The I&B ministry did not respond to a request for comment on the meeting, which was also attended by Indian content-sharing platforms ShareChat and Koo, which have millions of users in the country.

Without commenting on the meeting, Alphabet Inc's Google said in a statement it reviews government’s requests and “where appropriate, we restrict or remove content in keeping with local laws.” Koo said it complies with local laws and has strong content moderation practices in place.

In its transparency reports, Twitter has said the Indian government makes among the highest number of requests to remove content from its platform. Technology website Comparitech in October said India made 97,631 content removal requests in 2020, the second-highest in the world after Russia, mostly to Facebook and Google.

During the meeting, senior tech executives told the officials that they take adequate measures to remove or curb the spread of misinformation on their platforms and act on legally-valid content removal requests, said the sources.

The officials also said the government was disappointed that big social media platforms, including Facebook and Twitter, weren't detecting and removing such content on their own.

Instead, the government was forced to order takedowns, opening it to criticism and damaging its public image, the officials said during the meeting, according to the sources.

Executives from Google told the I&B officials that one way to resolve that was for the ministry to avoid making takedown decisions public. The firms could work with the government and act on the alleged fake content, which could be a win-win for both sides, Google said, according to one of the sources.

The idea was summarily rejected by the government officials, who said the takedowns also publicise how the companies weren't doing enough to tackle fake news on their own, the person said.

While ordering takedowns of certain online accounts in January, the government said it was doing so to "secure the overall information environment in India", adding that such fake content was on "sensitive subjects" such as the Indian Army, India's foreign relations and local state elections.

"Detailed takedown orders are not made public by the government," said Apar Gupta, the executive director at Internet Freedom Foundation, adding that the basis for the action was not explained.

This allowed authorities to censor content even if it does not violate public order or the security of the state, he said.