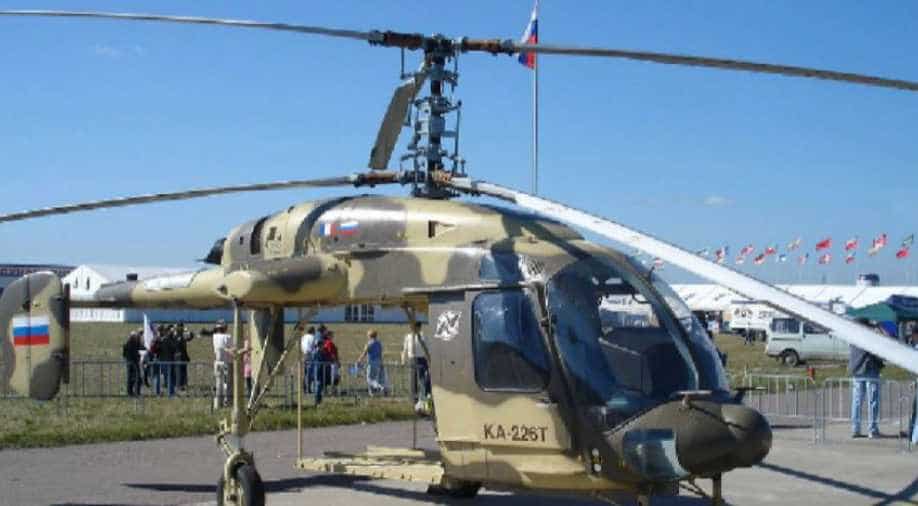 Many of local Indian vendors are expected to become the suppliers as the Russian-Indian joint venture has signed MoUs with a number of companies.

Sources told WION, "The parties have resolved and will make all efforts to fast-track the launching of these projects".

Ka-226 T helicopter project announced in 2014 is expected to replace Indian army's light utility helicopters Cheetah and Chetek. The main aim of the project is on "Make in India" production of KA 22T helicopters with Indian companies expected to take large scale part in the project. Many of local Indian vendors are expected to become the suppliers as the Russian-Indian joint venture has signed MoUs with a number of companies.

Sources said, “India will be able to receive some crucial helicopter technologies" with "integration of various helicopter systems being possible"

While the intergovernmental agreements were signed are a long time ago, a formal contract is still not signed and the actual project's launch is still pending.

AK203 is the variant of Kalashnikov family of rifles and will be produced at the Indo Russia Rifles Private Limited (IRRPL) rifle manufacturing facility in Korwa, Amethi. Compared to earlier Kalashnikov rifles, AK203 is considered to have better accuracy.

The rifle has customizability due to use of the Picatinny rail, which enables instalment on the basic rifle of additional equipment and therefore can be quickly adapted for the various components of the Indian Forces. The gun has been already tested under the conditions of extreme heat and cold.