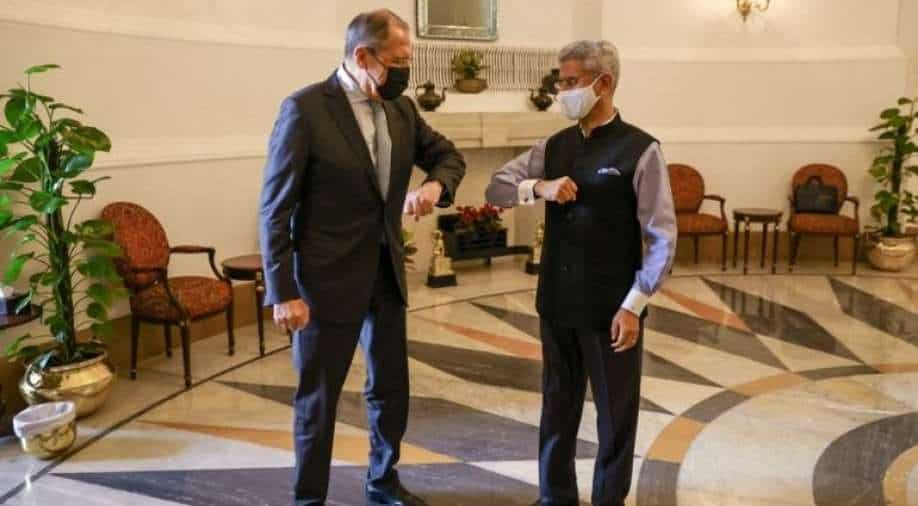 India and Russia are discussing the possibility of ‘additional’ production of Russian military equipment in India, Russian Foreign Minister Sergei Lavrov said at a news conference on Tuesday while on a visit to New Delhi.

Lavrov and India's External Affairs Minister S Jaishankar assessed ‘positively’ the economic cooperation between New Delhi and Moscow and noted new opportunities in the Russian far east during the discussion.

In a joint appearance with Lavrov, Jaishankar said they both talked about connectivity, including the International North-South Transport Corridor and Chennai-Vladivostok Maritime Corridor.

Earlier in the day, Lavrov, who is on a two-day visit, held delegation-level talks with Jaishankar. Much of the discussion between the two ministers covered the preparations for President Vladimir Putin’s visit for the annual summit to be held in India later this year.

"Our bilateral cooperation remains energetic and forward-looking. We talked about the longstanding partnership in the nuclear space and defence sectors. We assess positively our economic cooperation noting new opportunities in the Russian far east. We spoke of connectivity including the International North-South Transport Corridor and Chennai-Vladivostok Maritime Corridor," Jaishankar said.

"We also found an appetite for greater investment in each other by both the countries. Russian support for our Gaganyaan programme has progressed for which deeply appreciate. Our defence requirement in the past year was expeditiously addressed," he added.

India supplied COVID-19 vaccines to over 80 countries despite 'many constraints': PM Modi at Raisina Dialogue

'I'm a street fighter, I fight from battleground': Mamata to BJP after EC ban