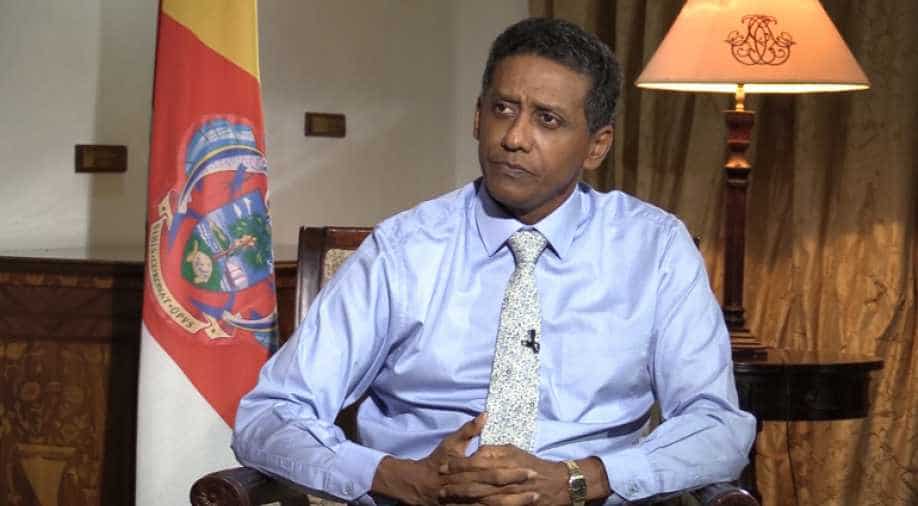 The Seychelles-India agreement for a naval facility on Assumption island is clearly stalled because of that African country's domestic politics, Seychellois President Danny Faure tells WION in an exclusive interview.

President Faure's in-depth interaction with WION at the State House in the capital, Victoria comes ahead of his first State visit to New Delhi this month.

The Seychelles-India deal was initially reached in 2015 during Prime Minister Narendra Modi's visit to Victoria. The deal is for India to build, maintain and operate a maritime facility on 'Ássumption' Island. The island is strategically located on key Indian Ocean routes and will give-if and when set up- New Delhi a vital positioning. The deal has to be ratified by the Seychellois National Assembly but it is stuck since the Opposition controls the Parliament.

"India understands, the Prime Minister understands the Seychelles position and I am happy there hasn’t been any movement whereby the government of India has tried to influence our domestic politics," President Faure tells WION, adding, "I am President. I am the head of the Executive, but, I do not have a majority in our parliament." The President said, "I have decided not to submit the agreement to the National Assembly." But, he makes it clear, " That doesn’t mean that the ambition of my government, my administration for us to have a coast guard facility on Assumption does not remain."

President Faure also tells WION protecting the Exclusive Economic Zone-EEZ- of Seychelles is made possible by India's presence, New Delhi providing security assets and training military personnel. The President, in his interview, says, "India, as our neighbor is a good friend and has been with Seychelles in good times and bad times. We have received technical cooperation for defense and security. With the support we have received from India, we have been able over the years to build our own defense forces."

On the theory that China is encircling India with its 'String of Pearls' strategy, the President says, "We have welcomed all partners and at no time have we found ourselves under any pressure from the Chinese government."

On China's cheque-book diplomacy that has pushed many countries into a debt trap, the Seychellois Head of State says, " Our relationship has been very different. I think the relation is based on respect and I have found that from my interaction with PM Modi and the relationship that I have with the Chinese government. Big countries, with the size of your country, with the size of your population, have genuine respect for a small country like Seychelles. Our relationship has never been one of being dictated to by big countries and I think it is in this context that I believe that our relationship will grow with both India and China."