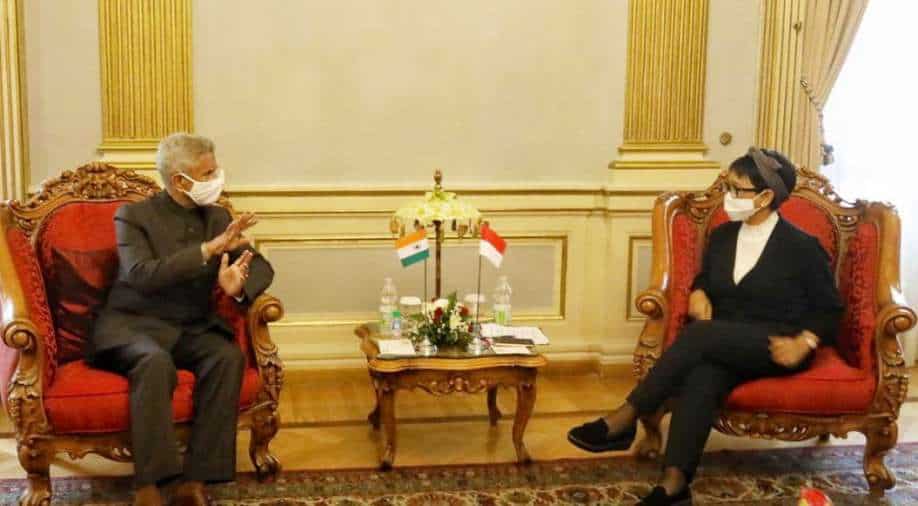 Being one of the most important shipping lanes, any stoppage of traffic here can impact countries like China, whose major chunk of energy and trade passes via the strait

India's External Affairs Minister Dr S Jaishankar and Indonesia's foreign minister Retno Marsudi on Wednesday in the new year conversation discussed a range of issues including the Aceh and Andaman Nicobar island connectivity. During Indian Prime Minister Narendra Modi's 2018 visit to Indonesia, among several agreements, both sides decided to cooperate in connectivity between Andaman and Nicobar island and Aceh province of Indonesia.

Sabang port in Aceh is around 90 nautical miles from the Indian islands of Andaman and Nicobar. During the 2018 visit, it was also decided to set up a joint task force to undertake projects for port-related infrastructure in and around Sabang by both the neighbouring countries. Important to note, Sabang sits at the entrance of the Strait of Malacca, which is considered to be a key global choke point.

Being one of the most important shipping lanes, any stoppage of traffic here can impact countries like China, whose major chunk of energy and trade passes via the strait.

During the conversation, both sides also discussed the Covid crisis, the situation in Myanmar and Afghanistan.

Indonesia, as an ASEAN member has been concerned about the developments in Myanmar, just like New Delhi.

Myanmar saw a coup in February of last year with several political leaders being detained. There were also reports of large-scale violence happening in the country.

Discussions were also made on the Covid crisis. Indonesia had reached out to India during the second wave of the crisis last year. After this,  India had sent support to the country when it was hit by the pandemic. Indian Navy had delivered Liquid Medical Oxygen (LMO) containers to the country as part of mission Sagar.

Both countries are part of the G20 Troika as well. Indonesia will hold the G20 summit this year and hand over the baton to India who will be chairing the grouping next year.

India will be hosting the G20 summit for the first time in 2023 with the construction of the venue centres taking place at a rapid pace in the national capital New Delhi.