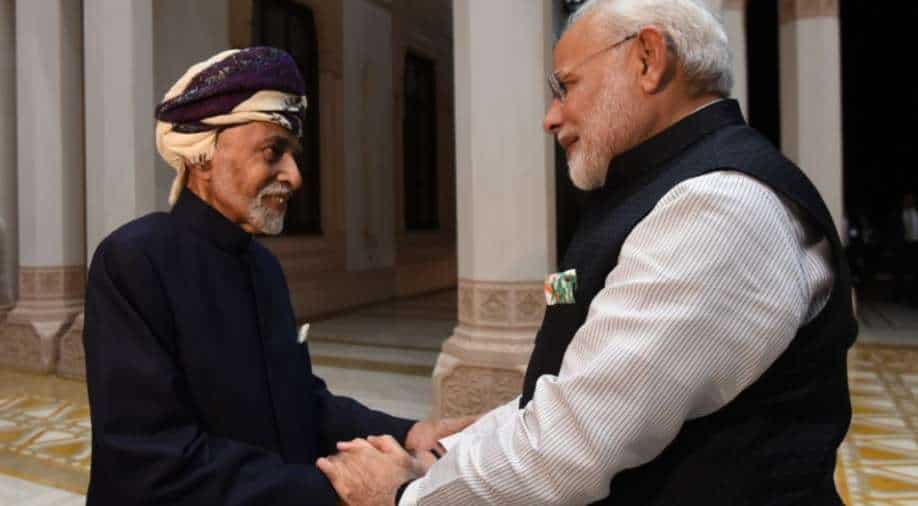 In a rare development, the Indian government had announced national mourning for one day on January 13, 2020 in his honour.

Sultan Qaboos died last year and had ruled his country for 50 years starting from 1970. He was instrumental in the modernisation of Oman and instituting a number of reforms.

His Majesty Sultan Qaboos bin Said was a strong advocate of India-Oman friendship, and took special care of the welfare of the Indian community in Oman. I cherished my interactions with His Majesty, and benefited from his wise insights on many subjects. https://t.co/tcPcJwzbHI pic.twitter.com/dK1vnjrENn

"Gandhi Peace Prize recognises the unparalleled vision and leadership of the late H.M. Sultan Qaboos Bin Said in strengthening relations between India and Oman and his efforts to promote peace and non-violence in the Gulf region," the Indian government said.

In a rare development, the Indian government had announced national mourning for one day on January 13, 2020 in his honour.

India's minister of minority affairs Mukhtar Abbas Naqvi had visited the country on January 14 last year and had his conveyed condolences on behalf of leadership and Indian government on passing away of the late Sultan Qaboos.

"Sultan Qaboos was the architect of the special ties between India and Oman. He had studied in India and always maintained a special relationship with India. Under his leadership, India and Oman became strategic partners and our mutually beneficial, comprehensive partnership strengthened and scaled newer heights," the Indian government added.

Indian Prime Minister Narendra Modi had visited Oman in 2018 and had held talks with Sultan Qaboos.