India has no trace of anti-Semitism, Indian envoy to United Nations 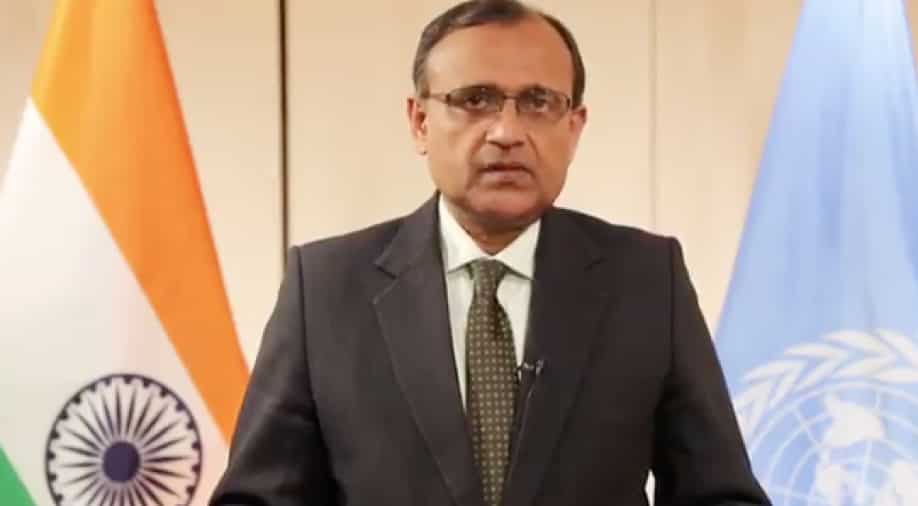 Speaking at the World Jewish Congress, he said, "India condemns all forms of anti-Semitism and all forms of discrimination on religious grounds anywhere in the world."

Highlighting India's "pluralistic fabric" and framework of "pluralism, harmony and mutual acceptance", India's envoy to United Nations T S Tirumurti has said, "India does not have any trace of anti-Semitism".

Speaking at the World Jewish Congress, he said, "India condemns all forms of anti-Semitism and all forms of discrimination on religious grounds anywhere in the world."

India has had Jewish communities for more than 2000 years, many of whom came to India fleeing persecution.

Indian envoy pointed out, from the 16th century to World War 2 how India gave refugee to Jewish communities. He said, "Well-known that when the Jewish community faced persecution from some European powers in the 16th Century, they were granted sanctuary by the Hindu Maharaja of Cochin, Rama Varma, in Kerala".

Paradesi synagogue built-in 1568 still stands in Cochin, next to Rama Varma's palace and a temple. On the occasion of its 400ths anniversary in 1968, the then Indian PM was personally present. In 1942, the king of Jamnagar, Maharaja Digvijaysinhji Ranjitsinhji Jadeja gave refuge to 1000 Polish children, many of them Jewish who faced persecution from Hitler's forces. In fact, the Indian army's eastern command during the 1971 Bangladesh's liberation war was led by JFR Jacob, who was Jew and as the envoy described "national hero in India".

Tirumurti recalled how during the 26/11 attacks "whole of India prayed for baby Moshe Holtzberg, who was saved by his Indian caregiver from the dastardly terrorist attack in Mumbai by Pakistani terrorists."

Holtzberg was 2 when his parents were killed during the 26/11 attacks by Pakistani terrorists on India's financial centre. Indian PM had met Moshe Holtzberg during a 2017 visit to Israel.

Slamming Pakistan, the Indian envoy said, "We now have countries taking advantage of the ongoing pandemic and spreading divisive hatred to other parts of the world on the basis of religion.  COVID has not prevented them from supporting cross-border terrorism to kill innocent people and spread religious hatred."

Adding, "We call on those countries to stop spreading anti-Semitism, stop spreading hatred and stop dividing the world on the basis of religion.  We ask them to look inwards to promote harmony within their own societies, stop sectarian violence and ensure the protection of minorities."