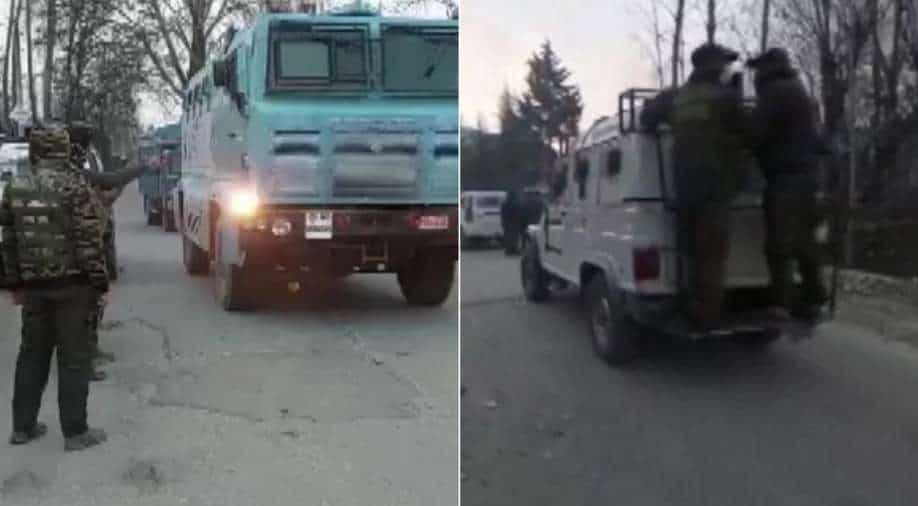 Four terrorists were gunned down by Indian security forces in three different operations in the Kashmir valley on Saturday (March 12). One terrorist was arrested alive. Three encounters took place in the Pulwama, Ganderbal and Handwara districts of Kashmir.

Multiple cordon and search operations were launched by security forces at various places in the valley and three of them led to encounters. The entire operation has been deemed as a big success.

"We launched joint operations at 4-5 locations last night. So far two terrorists of JeM including one Pakistani killed in Pulwama, one terrorist of LeT killed each in Ganderbal & Handwara. Encounters over in Handwara & Pulwama. Also arrested 01 terrorist alive," said Vijay Kumar, IG Kashmir.

The first encounter took place in Chewaklan Village of Pulwama district in South Kashmir. Two terrorists were killed by the security forces at the encounter site. Both the terrorists belonged to Jaish Outfit. One of them is said to be a Pakistani terrorist. The operation has been called off.

The second Encounter started in Ganderbal district of central Kashmir. In Ganderbal, one terrorist belonging to the Lashkar-e-Taiba outfit was killed in the gunfight.

The third encounter broke out at the Rajwar area of Handwara district in north Kashmir. One terrorist belonging to the Lashkar-e-Taiba has been killed in the gunfight. Security forces have called off the operation at the encounter site.

So far, security forces have killed 35 terrorists in the year 2022. This includes 9 top Pakistani terrorists. Around 16 terrorists have been arrested alive by the forces.

The operation at Ganderbal still continues.