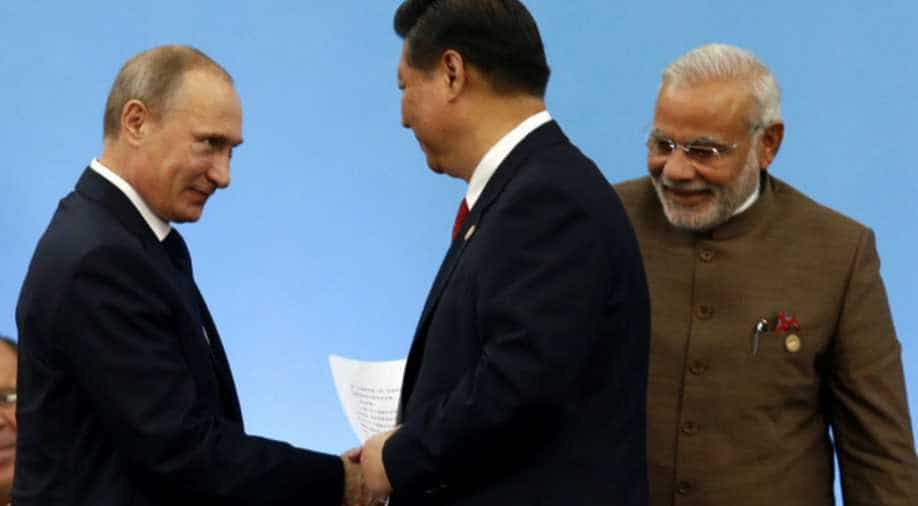 A Russian government source told WION, "Moscow is staying in touch with India and China, appreciating efforts of both partners to de-escalate and offering them to use multilateral platforms to expand the potential for cooperation."

Russia has been in touch with India and China over the situation at the Line of Actual control (LAC), and has welcomed efforts to cool the situation down. Moscow bilaterally has engaged with both "close partners" amidst the tensions over the violent face off at the LAC.

A Russian government source told WION, "Moscow is staying in touch with India and China, appreciating efforts of both partners to de-escalate and offering them to use multilateral platforms to expand the potential for cooperation."

The source added, "We are maintaining regular dialogue with all our partners and not playing any geopolitical games at the expense of third parties’ tensions."

Russia has clearly said it would not mediate between China and India. Earlier Russian FM Sergey Lavrov rejected any sort of Russia mediation between India and China.

Just last week Russian Deputy Foreign Minister Igor Morgulov reiterated it again saying, "I think that any intervention, even the one with good intentions, in such a delicate matter as border disputes is not just inexpedient but can also seriously hurt the efforts Beijing and New Delhi are independently making to find a way out of this situation."

Moscow is a close partner of New Delhi and last few weeks have seen number of high-level engagements between the both. Indian PM Modi spoke to Russian President Vladimir Putin on July 2, becoming the first global leader to speak to Russian President after the Constitutional referendum.

Indian Defence Minister Rajnath Singh was in Moscow for the victory day parade and high number of engagements including with Russian deputy prime minister.