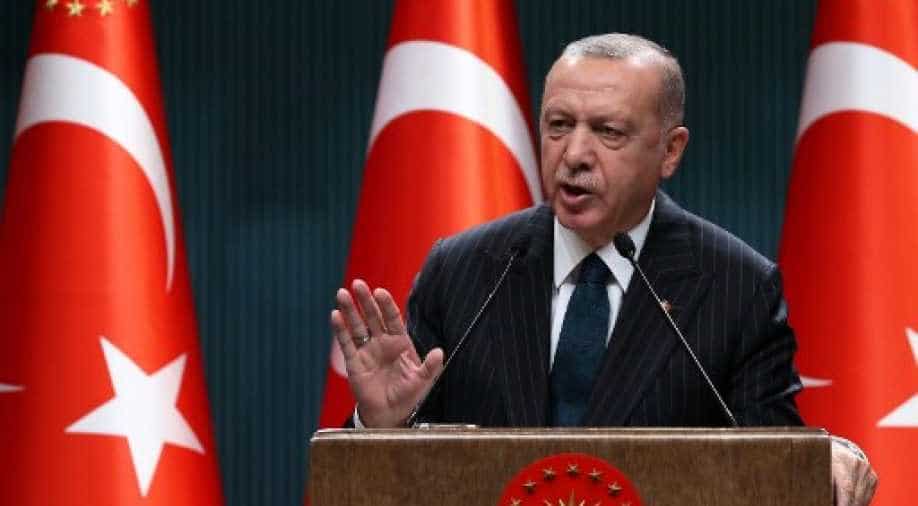 India has backed Cyprus and expressed its deep concern on a Turkey-backed move to open the ghost town of Varosha.

Varosha was once a popular resort town but was abandoned after the 1974 invasion of the Mediterranean island by Turkey.

The invasion led to the division of the country into the Republic of Cyprus and the northern Turkish Republic of Northern Cyprus (TRNC), which is recognised only by Ankara.

"This is an issue that the UNSC  [United Nations Security Council] is seized off. We are deeply concerned at the recent unilateral announcements with regard to the status of Varosha.," said Ministry of External Affairs spokesperson Arindam Bagchi, in response to a question at weekly virtual press meet.

"We have always advocated peaceful resolution of this issue in accordance with the UN resolution. Unfortunately, the voice of the UNSC as reflected in its presidential statement of 9th Oct 2020 has not been adhered to. We have consistently supported the independence, sovereignty, territorial integrity, and unity of the Republic of Cyprus," he added.

This is the second comment by India on the issue in the last 24 hours. On Wednesday, India's envoy to United Nations TS Tirumurti expressed deep concern on the issue when the matter came to UNSC.

At the UNSC meeting on the issue, Tirumurti expressed "deep concern" on the "unilateral steps on Varosha contrary to UNSC resolutions" and said that "Cypriot-led, Cypriot-owned process on ‘bi-zonal bi-communal federation’ should be the basis".

In #UNSC today on Cyprus & @UN_CYPRUS, I said:
🔆Deeply concerned on unilateral steps on Varosha contrary to #UNSC resolutions
🔆 Council’s Presidential Statement of Oct 2020 not adhered to
🔆 Cypriot-led, Cypriot-owned process on ‘bi-zonal bi-communal federation’ should be basis

Cyprus had taken the matter of the UNSC over the reopening of the town by leadership in the north. India is a non-permanent member of the high table for a two-year term.

The move to reopen Varosha was announced by Turkish Cypriot leader Ersin Tatar and Turkish President Recep Tayyip Erdogan and was strongly criticised by the Cypriot President Nicos Anastasiades.

New Delhi has joined the US, UK, EU who have also expressed concerns over the development.

Cyprus's foreign minister Nikos Christodoulides had spoken on the issue with the EU's High Representative for Foreign Affairs Josep Borrell and US Secretary of state Antony Blinken and briefed about the developments.

Turkish President Recep Tayyip Erdogan had commented in the backdrop of India removing special status for the erstwhile state of Jammu and Kashmir in 2019. This has been the main cause of the deterioration of ties between the two countries in the last two years.