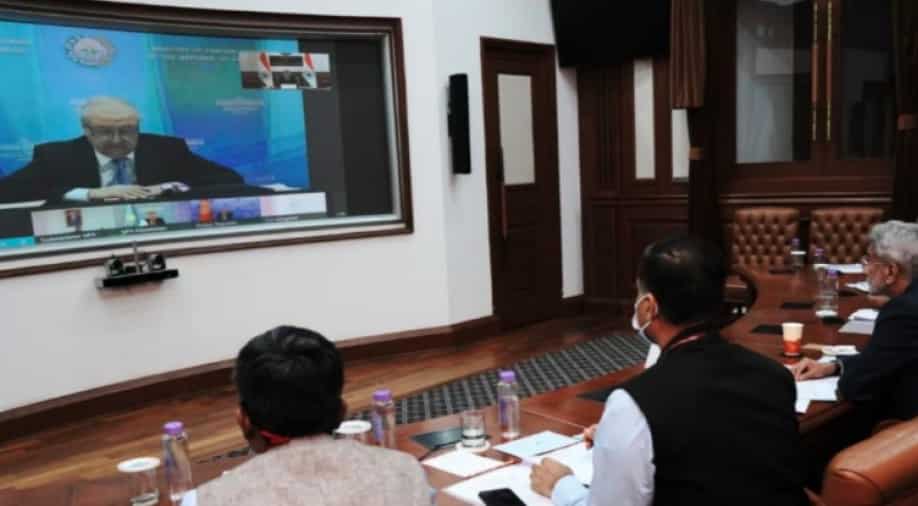 New Delhi is keen to increase connectivity to the region via Chabahar port and is even planning on an air corridor.

India and five central Asian countries - Kazakhstan, Tajikistan, Turkmenistan, Uzbekistan and the Kyrgyz Republic have vowed to increase engagement on several areas with connectivity being the top focus area. The foreign minister of these all these countries met virtually, along with the Afghan foreign minister who was a special invite at the meet.

In his opening statement, India's external affairs minister Dr S Jaishankar highlighted the "commonality of views on various regional and international issues" and since "we face common challenges of terrorism, extremism, drug trafficking and such other issues. All these commonalities make us a natural partner in our developmental journey."

During the meet, India announced $ 1 billion Line of Credit for "priority developmental projects" in Central Asian countries in the fields of connectivity, energy, IT, healthcare, education, agriculture and offered to provide grant assistance for implementation of High Impact Community Development Projects (HICDP) for furthering socio-economic development.

A joint statement after the meet said, "the ministers expressed their continued interest in further developing the transit and transport potential of their countries, improving the logistics network of the region and promoting joint initiatives to create regional and international transport corridors."

The ministers of the Central Asian countries "appreciated" India’s efforts to modernize the infrastructure of the Chabahar port in Iran which the joint statement said, "could become an important link in trade and transport communications between the markets of Central and South Asia."

New Delhi is keen to increase connectivity to the region via Chabahar port and is even planning on an air corridor. It already has an air corridor with Afghanistan bringing goods from Kabul and other parts to cities like Delhi and Mumbai.

On the issue of terrorism, the joint statement, without mentioning Pakistan said, "strongly condemn terrorism in all its forms and manifestations" and reaffirmed the "determination of their countries to combat this menace by destroying terrorist safe-havens, networks, infrastructure and funding channels."

Adding further, the ministers "underlined the need for every country to ensure that its territory is not used to launch terrorist attacks against other countries."

This is the second such meet of the India-Central Asian countries foreign ministers. The first such meeting, which was a physical one had taken place in Uzbekistan's Samarkand in 2019 and aimed to become a platform to increase and strengthen New Delhi's ties with the region which it sees as its "extended neighbourhood".

On Afghanistan, the joint statement called for the "settlement of the Afghan conflict on the principle of Afghan-led, Afghan-owned and Afghan-controlled peace process." and emphasized on "preserving the socio-economic development and political gains made by Afghanistan in the last 19 years."

Three Central Asian countries--Tajikistan, Uzbekistan Turkmenistan share a land border with Afghanistan and that is why stability in the country is something all of them are keen on.