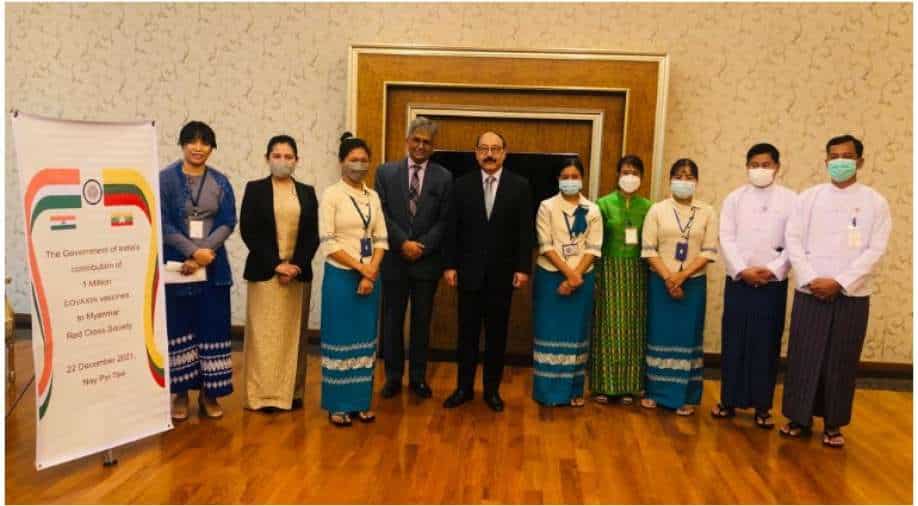 On the first day of his all-important Myanmar visit, Indian Foreign Secretary Harsh Shringla handed over 1 million doses of made in India Covid vaccines. The vaccines were handed over to the representatives of Myanmar Red Cross society. A tweet by the Indian mission in Myanmar said that vaccines were handed to "support the people of Myanmar, including those along the India-Myanmar border, in their fight against COVID-19."

The visit of India's top diplomat is the first ever visit by any Indian official to the country since the coup this year. The Ministry of External Affairs in a release had said that foreign secretary will hold discussion with "State Administration Council, political parties and members of civil society."

The State Administration Council is made up of military junta and is chaired by Min Aung Hlaing who led the coup on 1st of February this year. He had taken over the role of Myanmar's prime minister since August 2021

The ministry release pointed that, "Issues relating to humanitarian support to Myanmar, security and India-Myanmar border concerns, and the political situation in Myanmar will be discussed".

The visit comes even as increased number of insurgent attacks are seen in India's northeast.  The visit also gives India a view from the ground when it comes the country and the turmoil it has been facing.

Earlier this month, India had said it is "disturbed at the recent verdicts" announced against Aung Sang Suu Kyi and others in Myanmar and called for uphold of "rule of law and the democratic process".

India backs the ASEAN process on the situation in the country.