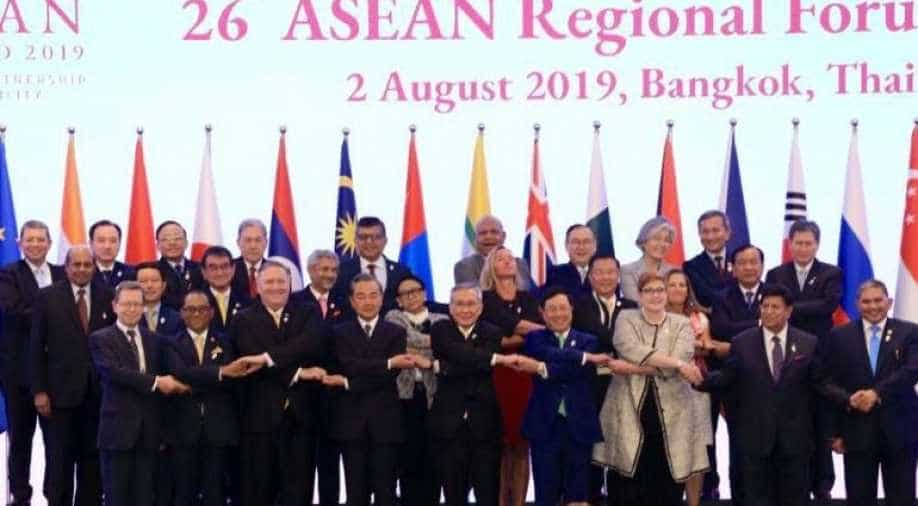 The focus during his bilateral and multilateral meetings was on Indo-Pacific, terrorism and India's Act East policy.

External affairs minister S Jaishankar on Friday wrapped up his two-day visit to Thailand, during which he had 18 bilateral, four multilateral meetings. He also had five pull-aside meetings.

The focus during his bilateral and multilateral meetings was on Indo-Pacific, terrorism and India's Act East policy.

At the meetings, Jaishankar called for a "collective action to secure the Indo-Pacific, where terrorism remains a common scourge" while underlining "ASEAN centrality in free, open and inclusive regional architecture."

The focus on Indo-Pacific in Bangkok meet got more steam this year as ASEAN released its outlook on the evolving concept which China views suspiciously earlier this year.

The meeting between Jaishankar and his Chinese counterpart ahead of his China visit on August 12, is being seen as preparatory the second India-China informal summit. The summit is set to take place by the end of this year.