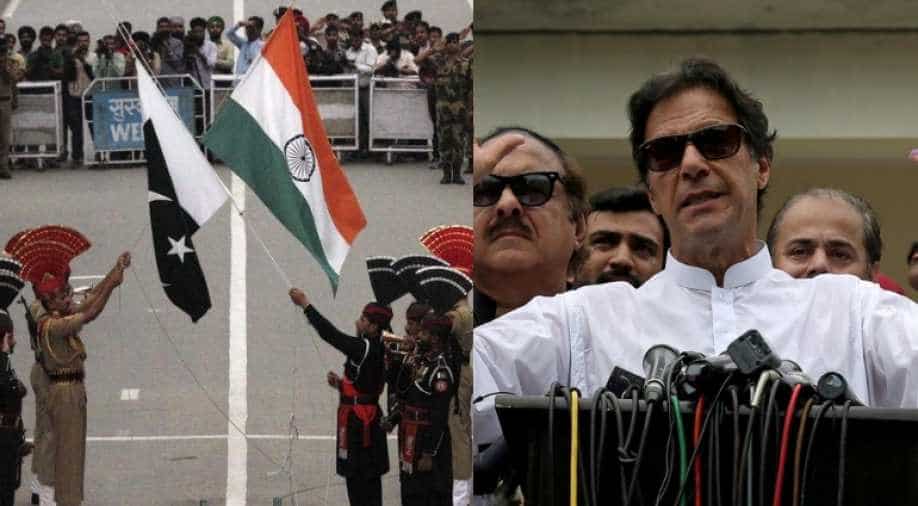 Former Pakistani diplomat Husain Haqqani has had a successful career serving as Pakistan's ambassador to the US during President Bush's administration. In his early years, he served both Nawaz Sharif and former PM Benazir Bhutto during the tumultuous period in the late 80s and early 90s.

Now an expert on South Asian affairs, he is also a prolific writer, part-time journalist and academic. Haqqani is currently in India. He spoke exclusively to WION on India-Pakistan relations, the Kartarpur corridor, China's Belt and Road Initiative with Pak and Imran Khan's 'Naya Pakistan'.

WION: How do you view the current relations between India and Pakistan?

Husain Haqqani: India and Pakistan relations are at a stalemate. India wants terrorism to be resolved, it also wants justice for the 2008 Mumbai terror attacks. Pakistan, on the other hand, wants to normalise relations without addressing any of these concerns.

WION: Then what kind of template do you see for India-Pakistan relations?

The template for India and Pakistan should be in which we are two countries and we respect each other's sovereignty but we have open borders and a large amount of trade with each other and lot of travel basically not looking upon each other as enemies.

WION: On the question of terrorism, how can the stalemate be broken?

Husain Haqqani: Pakistan is hoping the terrorism issue will just fall by the wayside, everyone will forget about it and new things will start coming. India, of course, does not accept it. India wants those who were involved in the Mumbai attacks either punished or identified and there is some kind of acknowledgement that terrorism in India was supported by the Pakistan state and at least tolerated by the Pakistan state.

People like Hafiz Saeed and Masood Azhar whose involvement in terrorism has been acknowledged by the international community should not be allowed to roam freely in Pakistan.

WION: How do you view the Kartarpur corridor and its impact on India-Pak relations?

WION: What do you make of trade relations between China and Pakistan and Belt and Road Initiative(BRI). Where do you think it is headed?

Husain Haqqani: BRI for Pakistan could have worked if it had also involved other countries in the region, though it has been talked about but it is not the case. The road initiative is now creating a corridor in which Pakistan is becoming more dependent on China than ever.

A huge amount of Chinese investment and lending will create a debt trap for Pakistan including several parts of like Baluchistan, Sindh, Gilgit-Baltistan. These are terrorities where people feel resentful since they feel Chinese investment will not provide any jobs to the locals and it will only facilitate the Pakistani state and China but nothing for the people.

WION: What are your thoughts on 100 days of PM Imran Khan's tenure?

The government has not been able to address the economic issues and all we have is Imran Khan's status as a cricket celebrity that is supposed to make the people of Pakistan feel good. There are too many fronts which have been opened, Pakistan's isolation has not been broken and Pakistan's economy has not been fixed, all that has been done is more borrowing and more begging from other nations.

WION: And what about 'Naya(new) Pakistan' then?

Husain Haqqani: Naya Pakistan is nothing but purana(old) Pakistan led by a cricket celebrity who claims to bring a clean government but there are questions being asked now about how clean that government really is!

The real naya Pakistan would be at peace with itself and with its neighbours, also which respects the Sindhis, the Baloch, the Muhajirs, the residents of Gilgit-Baltistan. It would be a country where there are opportunities within and it does not completely depend either on the US or China and lives within its own resources and is not heavily militarised.