I am almost on the way, don't think can meet you: Kerala nurse writes to husband 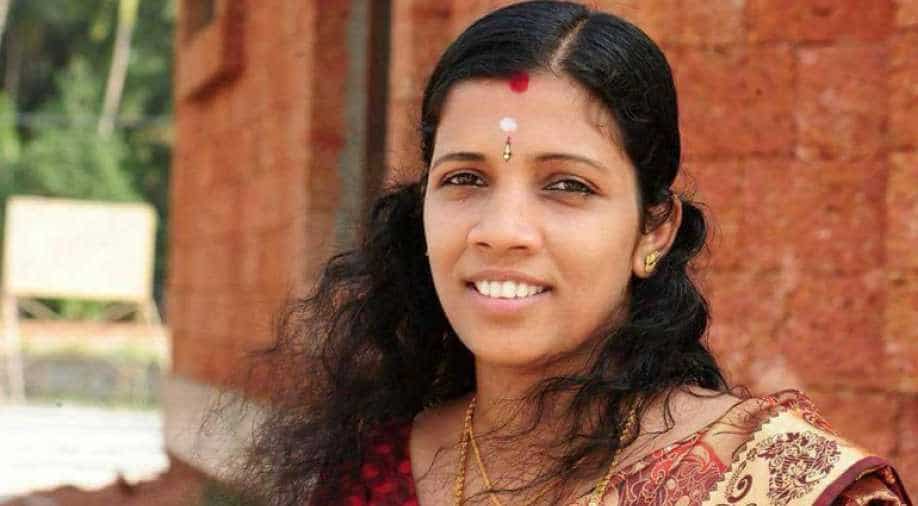 A letter written by a nurse in Kerala, minutes before she died of the 'Nipah' virus, has gone viral in the social media, leaving people teary-eyed.

Twenty-eight-year-old Lini working in the Perambra Taluk Hospital in Kozhikode got exposed to the 'deadly' virus while treating affected patients. She died yesterday.

Lini has left behind her husband who works in Bahrain and two sons aged five and two.

In her letter to her husband Sajeesh, Lini expressed her pain and anguish that she could not see him again.

"I am almost on the way. I do not think I can meet you," she wrote in the letter.

She requested her husband to take care of their children and take them to the Gulf nation with him.

Her relatives could not see even her body, however, they paid their last respects as they allowed the authorities to cremate the body to prevent the chance of spreading the virus.

After coming to know of Lini's health, Sajeesh had come home two days ago.

"Nurse Lini died in our battle against the Nipah virus. She died trying to save patients infected by it. She was just 31 and was a mother of two little kids. If she is not a martyr, I don't know who is," tweeted Dr Deepu Sebin, chief executive of DailyRounds, a network of doctors.

A nurse who took care of a #NIPHAVirus patients & succumbed to same. Her body was cremated with extreme urgency to prevent any possible spread and even her family could not pay due respect. Respect to Lini &a reminder that healthcare workers take immense personal risk to serve us pic.twitter.com/4kzESu6j4J

Nipah virus has so far claimed 10 lives in Kozhikode and Malappuram districts in north Kerala while the condition of two undergoing treatment is said to be critical.

Nipah virus (NiV) infection is a newly emerging zoonosis that causes severe disease in both animals and humans.

The natural host of the virus are fruit bats of the Pteropodidae family, Pteropus genus.

There is no vaccination for the virus which has a mortality rate of 70 per cent.

Health officials said they had found mangoes bitten by bats in a home where three people died of the suspected infection, according to a report.