I am a 'sevak', not a 'pilot': BJP candidate Yoonus Khan's poll pitch in Rajasthan's Tonk 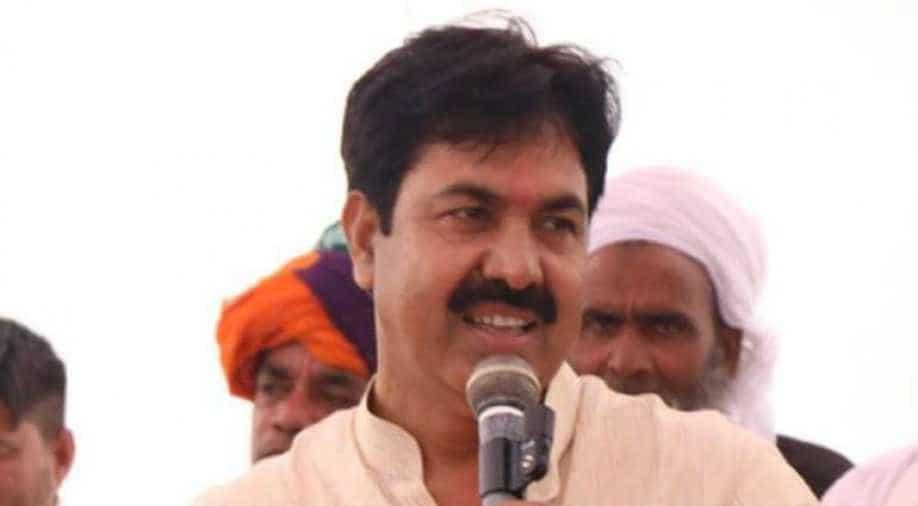 Khan said he has been the party's lone Muslim candidate once earlier also.

"I am a 'sevak', not a 'pilot'": This is how the BJP candidate Yoonus Khan is pitching himself in his electoral fight against Rajasthan Congress chief Sachin Pilot for Tonk seat in the state assembly polls.

Khan, Transport and PWD Minister in the Vasundhara Raje government, has been fielded by the BJP in the Muslim-dominated Tonk assembly constituency, replacing the party's sitting MLA Ajit Singh Mehta after the Congress gave ticket to Pilot here.

Khan said the decision to field him was based on strategy and equations and not on his religion.

"Don't weigh this as a Hindu-Muslim fight because if you look at it from that perspective, Muslims are lesser in number in comparison to Hindus. This election is not about caste and religion," said Khan, who is widely considered as one of the most powerful ministers in the Raje government.

Asked about being the lone Muslim candidate of the BJP and if his nomination marked a departure from the party's strategy to not field any candidates from the minority community, he said: "I don't know about elsewhere, but in Rajasthan, Yoonus Khan and (late BJP leader) Ramzan Khan have been fighting polls since the 80s."

Khan said he has been the party's lone Muslim candidate once earlier also.

Asked if Tonk having a large number of Muslims was one of the reasons behind his candidature, the BJP leader said the election here will be on the basis of performance and agenda.

"The election will be on who can serve Tonk better. I have given my vision... As a minister I connected Sawai Madhopur road to a two-lane road. I have given a bypass.

"We will give this district special status and a customised package. We want to bring industry here and that will provide jobs to people. Our first priority is to bring industry and through it create jobs for youths in Tonk," the 54-year-old leader said.

He also vowed to solve the problem of drinking water faced by the residents of Tonk.

Pitching himself as an underdog in the high-stakes electoral battle, Khan took a swipe at his Congress rival and said, "He (Pilot) has come for the first time, I have been a minister for long...I know the workers here."

"For Sachin ji it is a new place, people are new and apart from his dream to become an MLA and chief minister, he does not have any other dream. I am a people's servant. You can make me serve in Deedwana (his earlier constituency) and you can make me work in Tonk," Khan said.

Khan said Pilot was the one who has been switching constituencies, while he has been fighting from the Nagaur district (under which Deedwana falls) and has come here now on the party's instructions.

"I will become MLA and that is my status, but Sachin Pilot ji is a big man, he is a 'Pilot'. I am just a sevak (servant)," Khan said.

While addressing a gathering in Chironj village, Khan again pitched himself as a small worker of the party who is here to serve.

In another jibe at the Rajasthan Congress chief's surname, Khan asked the crowd: "Do you have an aeroplane. Do you have a helicopter?... No, then you don't need a pilot."

He acknowledged both he and Pilot were outsiders in Tonk, but there was one difference - "through the power that I had in my pen (as a minister), I have given roads worth Rs 2,000 crore."

On the Congress's charge that Khan's ticket was cut from Deedwana and was finally given one from Tonk because of his religion, he said the opposition party gives statements according to its convenience.

"They cannot say that it is due to a strategy that I have been fielded. The Deedwana seat was also not declared till the last minute," Khan said.

Asked if the contest in Tonk was as keen as the one in Jhalrapatan between Chief Minister Vasundhara Raje and the Congress candidate Manvendra Singh, who was earlier with the saffron party, Khan said it was on-sided contest there and "Vasundhara ji will defeat him by about 1.25 lakh votes".