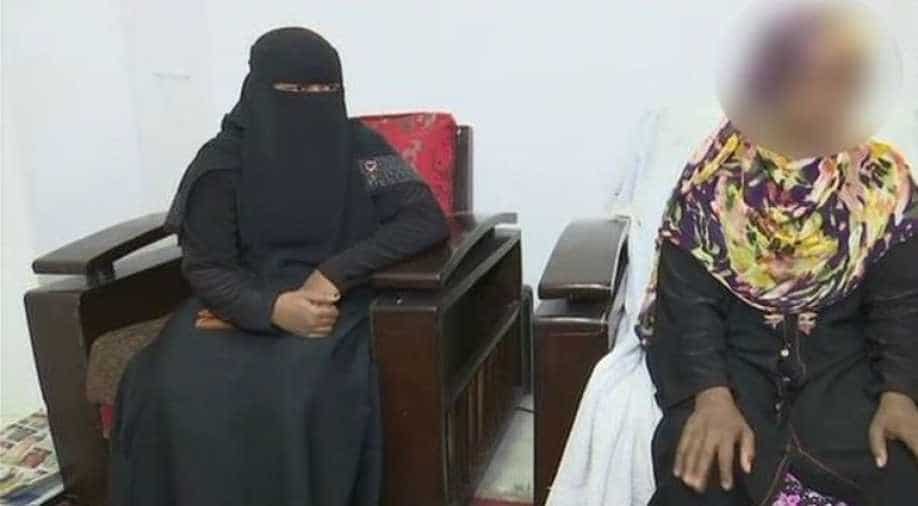 Earlier in January, Farzana in India had claimed that her sister has been held in Saudi Arabia in a pretext of employment. Photograph:( ANI )

Two Hyderabad women, who were stuck in Saudi Arabia in search of a job, have now safely returned to India.

Rehana and Noor had gone to Saudi Arabia with a promise of employment but were forced to work as domestic help.

Their sister Farzana had written to the Union Minister of External Affairs Sushma Swaraj stating that her sisters were being tortured and must return to India.

Telangana: Hyderabad woman who had gone to Saudi Arabia for a job & thrashed & sexually assaulted there, returned to India on 25th January. Her daughter says, I thank Sushma Swaraj Ma'am, Indian Embassy and Hyderabad police for bringing back my mother'. pic.twitter.com/2NMLwn7r6c

The two women safely returned to India on January 25, shortly after Farzana's appeal for their safe return.

The women, who went to Saudi Arabia in February 2017, claim that they were thrashed and sexually assaulted during their employment period.

"I was not given food to eat. I even tried committing suicide," noted one of the sisters.

The daughter of one of the victims thanked Sushma Swaraj saying that "I thank Sushma Swaraj Ma'am, the Indian Embassy and the Hyderabad police for bringing back my mother".

I was thrashed and sexually assaulted. I was not given food to eat. I even tried committing suicide. My children told me they are trying to bring me back and asked me not to lose hope. I then received a call from Indian Embassy & today I am here: Woman pic.twitter.com/2LuLHcNi4R

Earlier in January, Farzana had claimed that her sisters were being held in Saudi Arabia on a pretext of employment.

She asked the External Affairs Minister to initiate the process of safe return of her sisters.

"They were taken to Saudi through an agent on the promise of a beautician job, but are now forced to work as domestic help," Farzana noted previously.

According to media reports, the women were promised a salary of 1200 Saudi Riyal but received only one Saudi Riyal during the course of their employment.