Hizbul terrorist killed in encounter in India’s Jammu and Kashmir 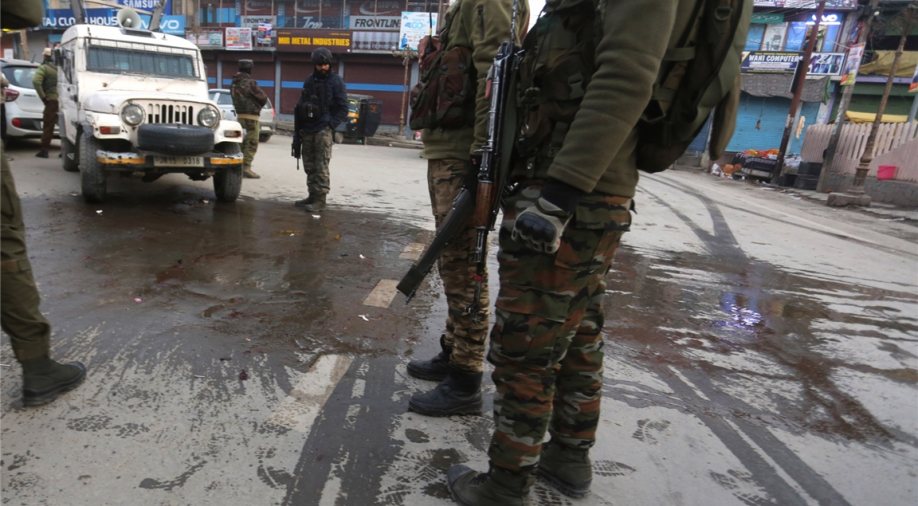 During the search operation, the terrorist started firing on security forces, who then retaliated, ensuing an encounter, police said

A terrorist from the proscribed terror outfit Hizbul Mujahideen was killed by security forces during an encounter in Zainapora area of Shopian district in Kashmir.

The armed forces had received a tip-off about the presence of a terrorist in the area following which cordon and search operation (CASO) was launched.

During the search operation, the terrorist started firing on security forces, who then retaliated, ensuing an encounter, police said.

“On the intervening night of December 14 and December 15, acting on a specific input regarding the presence of a terrorist in village Uzrampathri area of Pulwama, a joint cordon and search operation was launched by the police, armed forces from 44 Rashtriya rifles and 182 battalion from the Central Reserve Police Force in the said area,” the Jammu and Kashmir Police said in a statement.

The terrorist has been identified as Feroz Ahmad Dar, son of Abdul Khaliq resident of Heff-Shirmal Shopian.

Police said the terrorist was active since 2017 and was involved in several terror-related crime cases, including the attack on police guards in December 2018 at Zainapora resulting in the killing of four personnel and looting their service rifles.

The security forces recovered arms and ammunition, including one AK rifle, along with three magazines from him.

The Kashmir Valley had been witnessing a spurt in violence in recent days.

Wednesday’s gunfight is the third in four days in the village. On Sunday, a militant was killed in a gunfight in South Kashmir’s Awantipora.

On Monday, two militants were killed in a brief shootout at Rangreth, on the outskirts of Srinagar city.