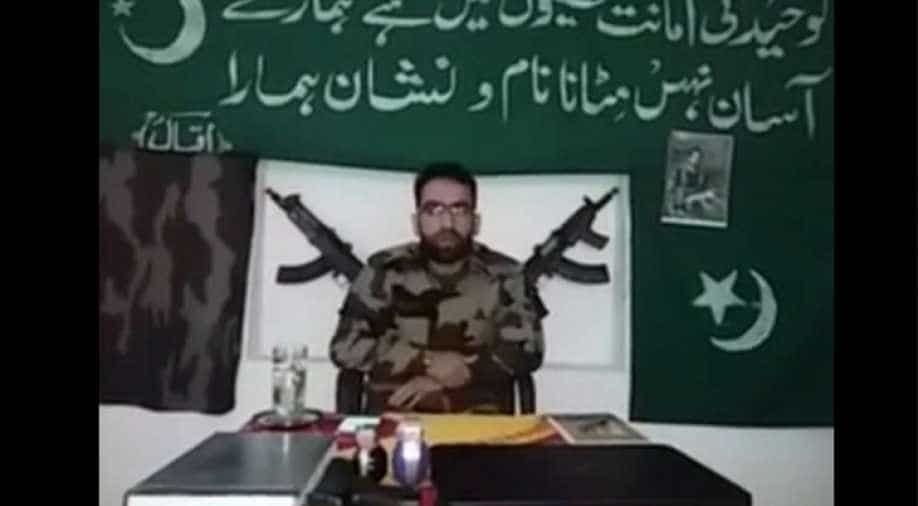 35-year-old Naikoo was one of the oldest surviving members of the Hizbul Mujahideen. He carried a bounty of Rs 12 lakh on his head.

In a huge victory in the fight against terrorism in the valley,  Hizbul Mujahideen chief Riyaz Naikoo was killed in an encounter with security forces in Kashmir's Pulwama district.

35-year-old Naikoo was one of the oldest surviving members of the Hizbul Mujahideen. He carried a bounty of Rs 12 lakh on his head.

Naikoo was wanted in multiple incidents of killing of security personnel, including police officials.

He also featured in photographs with Burhan Wani, who was killed in Anantnag in July 2016. Before joining the militant ranks, Naikoo worked as a mathematics teacher at a local school.

He was known to have a passion for painting roses before he picked up the gun at the age of 33.

Security forces hold Naikoo responsible for holding the Hizbul together after its possible disintegration when a top terror commander Zakir Musa broke away from the Hizbul ranks.

Naikoo took over as the chief of Hizbul Mujahideen after the outfit’s poster boy Burhan Wani was killed in a gunfight with the security forces in 2016.

Naikoo had released a video in 2017, saying he would welcome the return of Kashmiri pandits in the Kashmir valley and claimed that terrorists were not enemies of the pandits.

Meanwhile, two other militants have been killed in a separate encounter in Awantipora sector of Jammu and Kashmir on Tuesday night.