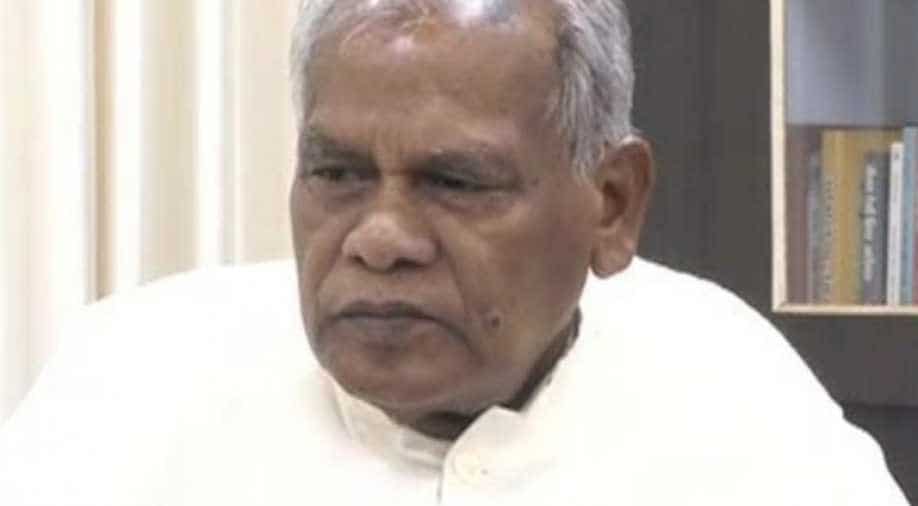 Hindustani Awam Morcha (HAM) is part of the opposition alliance in Bihar along with RJD, Congress, RLSP, VIP and LJD.

Hindustani Awam Morcha president Jitan Ram Manjhi on Saturday said he would go to Ranchi next week to meet RJD national president Lalu Prasad for discussing seat-sharing in Bihar ahead of Lok Sabha polls in 2019.

He sought to distance himself from the aggressive stance of HAM state president Vrishan Patel, who had earlier this week said the party would boycott the general elections if it was not given a "sizeable" number of seats to contest.

HAM is part of the opposition alliance in Bihar along with RJD, Congress, RLSP, VIP and LJD.

Prasad is in jail in Ranchi, after his conviction in three fodder scam cases. He is lodged at the Rajendra Instute of Medical Sciences on health grounds.

Manjhi said only three people are allowed to meet the RJD supremo on Saturdays. "Today, his younger son Tejashwi Yadav and our alliance partners Upendra Kushwaha of RLSP and Mukesh Sahni of Vikasshil Insan Party (VIP) met him. Next week it is going to be me", he said.

Responding to queries on Patel's seat-sharing stance, Manjhi said, "He may have vented his anxieties resulting from unsubstantiated media reports. We enjoy the support of 90 per cent of Dalits in the state. This is a fact which the RJD leadership is aware of."

It was due to HAM's support that the RJD won the Jehanabad assembly by-poll and the Araria Lok Sahba seat in March by a good margin, even though a sizeable number of Yadavs, its traditional supporters, had gravitated to the BJP, Manjhi, a former chief minister, claimed.

The opposition alliance is now reportedly exploring the possibility of an electoral understanding with the Left parties in order to take on the NDA which has been bolstered by Chief Minister Nitish Kumar's return to the grouping last year.

Seat sharing among the opposition parties in Bihar is likely to be a thorny issue.

Tejashwi Yadav, who is seen as Prasad's political successor, had sought to downplay the difficulties being faced by the Mahagathbandhan.