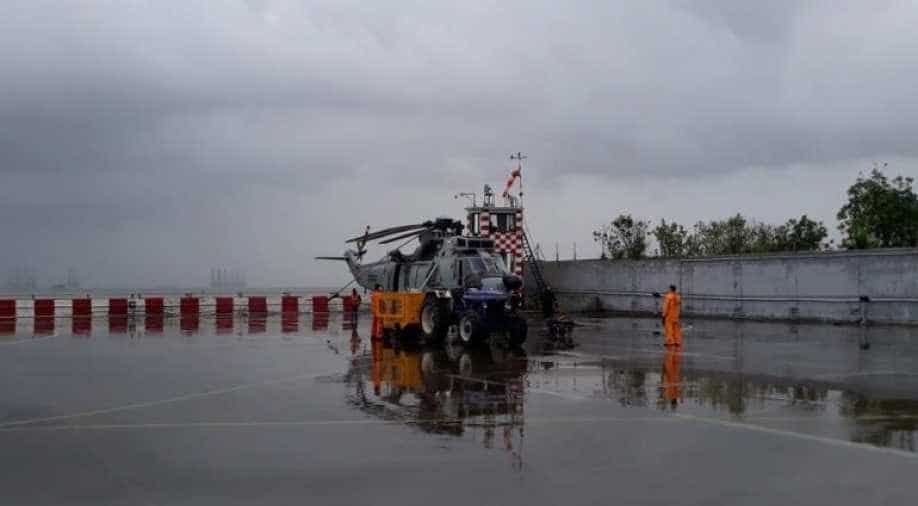 The train is held up between Vangani and Badlapur, which is 100 kilometres away from Mumbai, since 3 am today, according to a passenger on board.

Mumbai-Kolhapur Mahalaxmi Express, with 700 passengers on board, was stranded as torrential rainfall continued to batter Mumbai on Saturday.

The train is held up between Vangani and Badlapur, which is 100 kilometres away from Mumbai, since 3 am today, according to a passenger on board.

Speaking to ANI, Chief Public Relations Officer of Central Railways Sunil Udasi said Railway Protection Force and City police have reached the site where the train is held up, and biscuits and water is being distributed to the stranded passengers.

"We request passengers of Mahalaxmi Express not to get down from the train. The train is in a safe place. Staff, RPF and City Police are on the train to look after you. Please wait for advice from NDRF and other disaster management authorities," he appealed to passengers.

Meanwhile, Maharashtra's Directorate General of Information and Public Relations (DGIPR) Brijesh Singh said three boats have reached the spot where the train is stranded, adding that the Chief Secretary is looking into the situation himself.

Vehicles were seen wading through the waterlogged streets of Sion, Chembur, Gandhi Market at snail's pace due to heavy traffic jam.

Air traffic was also disrupted for a couple of hours in Mumbai, as seven flights were cancelled and around eight to nine were diverted. Around 8:15 am, Mumbai International Airport PRO had announced that flight operations returned to normal.

According to the India Meteorological Department (IMD), Mumbai will continue to receive heavy rains till July 29 with the minimum and maximum temperatures hovering around 24 degree Celsius and 30 degree Celsius, respectively.