Heatwave to batter Maharashtra's Vidarbha and Marathwada, IMD asks people to stay in 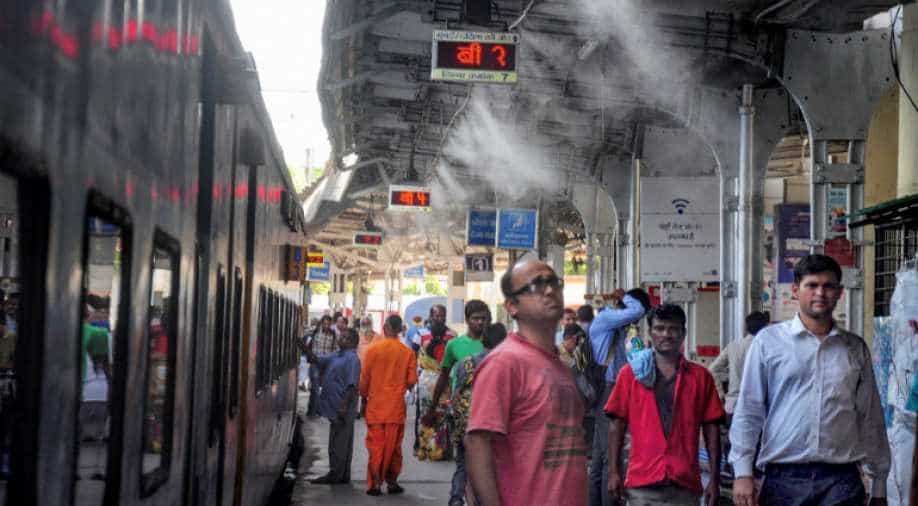 File photo: Passengers get water shower at a platform to beat the heat on a hot summer day at Nagpur Railway station. Photograph:( PTI )

The India Meteorological Department (IMD) further added that temperature in most of the places of these regions is likely to soar above 46 degree Celsius.

The weather department on Thursday said that the heatwave condition is likely to continue in Maharashtra's Vidarbha and Marathwada region for the next 3 days, news agency ANI reported.

The India Meteorological Department (IMD) further added that temperature in most of the places of these regions is likely to soar above 46 degree Celsius.

The weather watchdog has adviced people to take care and avoid going out during the afternoon.

The country continues to grapple with soaring temperatures with the national capital expected to witness over 45 degrees Celcius this week. Maharashtra and Vidarbha are witnessing the worst hit.

IMD continues its heat wave warnings for Vidarbha & Marathwada region in Maharashtra for next 3 days. Temperature in most of the places of these regions are likely to be above 46 degree Celsius. IMD advices people to take care & avoid going out during afternoon. pic.twitter.com/prM1cN0M9j

Delhi woke up to a hot Wednesday morning, with the maximum temperature expected to hover around 44 degrees Celsius.

"Heatwave conditions are expected in some pockets of the city with the temperature soaring up to 45 degrees. Such conditions exist when the maximum temperature goes up five degrees above the season's average," said the official.