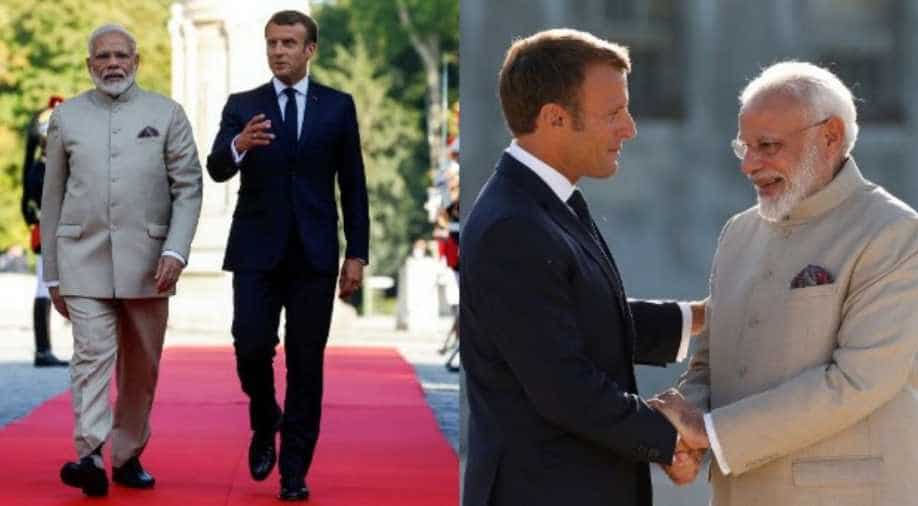 France with a veto at UNSC, growing defence partnership and increased political ties have led to some suggesting that Paris could be the new Moscow for Delhi.

Well placed sources said, "India's strategic partnership with France has its own merits, both are important and special in their own way."

Explaining, "Comparison is not useful just as you cannot compare French champagne with Russian vodka."

The development came after a question was asked to French Emmanuel Lenain at a virtual meeting of ORF in Delhi that has France replaced Russia as India's new best friend. French envoy was quick to reply that, "being Russia in India is quite a compliment." Sources appreciated the sentiments expressed by the French envoy.

France with a veto at UNSC, growing defence partnership and increased political ties have led to some suggesting that Paris could be the new Moscow for Delhi. The support India got from the erstwhile Soviet Union and later Russia has been something that has become part of a legend in India.

During the cold war, the Soviet Union had backed India at various international forums when cornered and while India retains Russian support, increasingly France has been backing India on issues such as the listing of Masood Azhar at UN or when attempts have been made to rake up Kashmir.

Indian PM Modi shares a close and warm relationship with both Russian President Vladimir Putin and French President Macron and has been engaging with them frequently on a number of issues including the ongoing COVID-19 crisis.