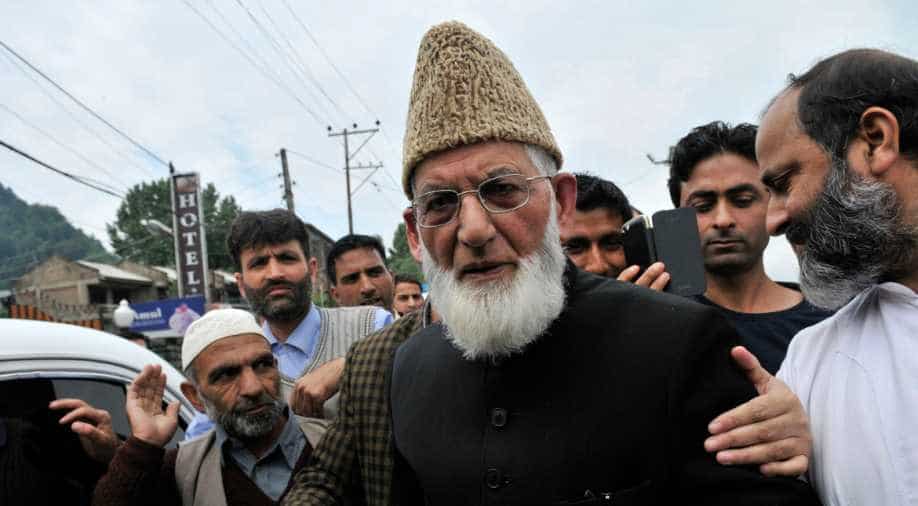 Geelani has been the main separatist leader behind several shutdowns calls, violent protests and the boycott of elections in Jammu and Kashmir.

The face of separatists in Kashmir for almost three decades, Syed Ali Shah Geelani, has been rewarded by Pakistan with the nation's highest civilian honour, report media outlets.

The Pakistan parliament has passed a resolution conferring the highest civilian award, Nishan-e-Pakistan on Kashmiri separatist, Syed Ali Shah Geelani. The senate also proposed a technological institute in his name.

The resolution was moved by the Jamaat-i-Islami, senator, Mustaq Ahmad. Jamaat-e-Islami, or simply known as Jamaat, is an Islamic political party based in Pakistan.

Geelani has been the main separatist leader behind several shutdowns calls, violent protests and the boycott of elections in Jammu and Kashmir.

From months, Geelani has been keeping unwell and since the abrogation of J&K special status, the separatists in the valley have been finding it hard to regain feet. The government of India following the Pulwama terror attack has banned several separatist outfits & put an end to their funding by Pakistan through the Hawala route.

Last month, Geelani had resigned from the All Party Hurriyat Conference, an alliance of secessionist parties and leaders, citing several reasons.