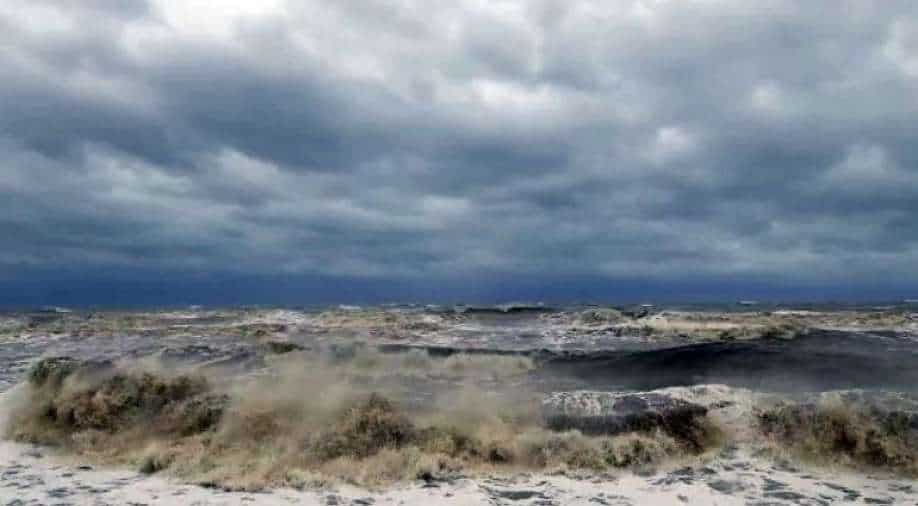 High tides form in the sea due to the formation of cyclone Tauktae, in Eriyad, Chavakkad and Kaipa Mangalam on Saturday. Photograph:( ANI )

The cyclone destroyed crops in 2 lakh hectares in 86 talukas spread across nine districts of the state, as per official estimates

Gujarat chief minister Vijay Rupani on Wednesday announced a relief package of Rs 500 crore for farmers who lost their horticulture and summer crops due to cyclone Tauktae which ravaged the coastal parts of the state last week.

One of the most powerful cyclones to hit the west coast in recent times, Tauktae, which made landfall on the Gujarat coast on May 17 and triggered high-speed winds and rainfall, had destroyed crops in 2 lakh hectares in 86 talukas spread across nine districts of the state, as per official estimates.

"Cyclone Tauktae, which triggered wind speed up to 220 km/ph, had destroyed crops in Amreli, Gir Somnath, Bhavnagar, Junagadh and Botad districts of the Saurashtra region. It had also affected crops in South Gujarat districts of Navsari, Surat, Valsad and Bharuch," Rupani said after a core committee meeting held to decided on a relief package for the affected farmers.

"Horticulture and summer crops were destroyed in 2 lakh hectares in 86 talukas of these nine districts. The government had initiated a survey (for damage assessment) which will be completed by Thursday," he said.

Under the Rs 500 crore package, the state government has decided to give financial assistance of Rs 1 lakh per hectare (up to to 2 hectares) to horticulture farmers whose plants have been completely uprooted. If the damage is over 33 per cent, Rs 30,000 per hectare will be given to such farmers for 2 hectares, Rupani said.

The main horticulture crops that have faced destruction in the cyclone are mango, chikoo, lemon, coconut and guava. For summer crops, farmers who have faced damage of more than 33 per cent will be paid a compensation of Rs 20,000 per hectare (up to 2 hectares), he said.

The compensation amount will be directly credited into the bank account of beneficiary farmers a week after the survey is completed by May 27, the CM said.