Government, opposition use Jadhav issue to end deadlock, but another brews 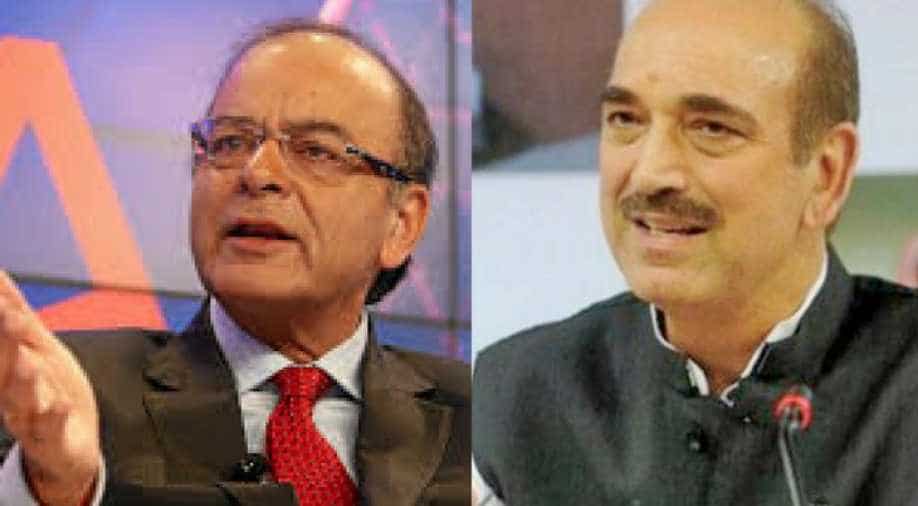 But the row over Minister of State for Skill Development Anant Kumar Hegde's comments is expected to continue. Photograph:( PTI )

The government and the opposition used the Kulbhusan Jadhav issue to work out their row, which had stalled Parliament for the last two weeks, but news reports said Thursday that another one was brewing over Karnataka BJP MP Ananth Kumar Hegde's statements on secular people not knowing their parentage and changing the constitution.

The impasse had hit the winter session of Parliament, with the Congress demanding an apology from the prime minister on the floor of the house.

The Congress had later -- after the BJP had said there was no apology coming -- watered down its demand for an apology to asking for a clarification.

In the Rajya Sabha on Wednesday, Leader of the House Arun Jaitley said Modi in his statements and speeches, "did not question nor did he mean to question the commitment to this nation either by Dr Manmohan Singh, the former Prime Minister, or Hamid Ansari, the former vice president."

"Any such perception is completely erroneous. We hold these leaders in high esteem, as also their commitment to this nation," Jaitley said.

Responding to his statement, Leader of the Opposition in the Rajya Sabha Ghulam Nabi Azad said: "I want to thank the Leader of the House that he issued a clarification on the issue which was causing the deadlock."

News reports said Thursday that it was a formal meeting between Jaitley and and Azad earlier and other informal meetings that helped break the deadlock.

Azad later said the Congress wanted to discuss the treatment meted out by Pakistan to Kulbhushan Jadhav's wife and mother.

Azad was reported as saying that "for us it is India first and opposition second".

He added that "we want to raise our voice for a fellow citizen".

But the reports added that while the government and opposition had shut down one front, they had opened another.

On Wednesday, the opposition forced the shutdown of the Lok Sabha a number of times.

Apart from taking offence to his comments on secularism, the opposition also accused Hegde -- he is a union minister -- of disrespecting the architect of the constitution BR Ambedkar by saying "we are here to change it".

The government has since distanced itself from Hegde's comments but the opposition says he should either apologise or quit.