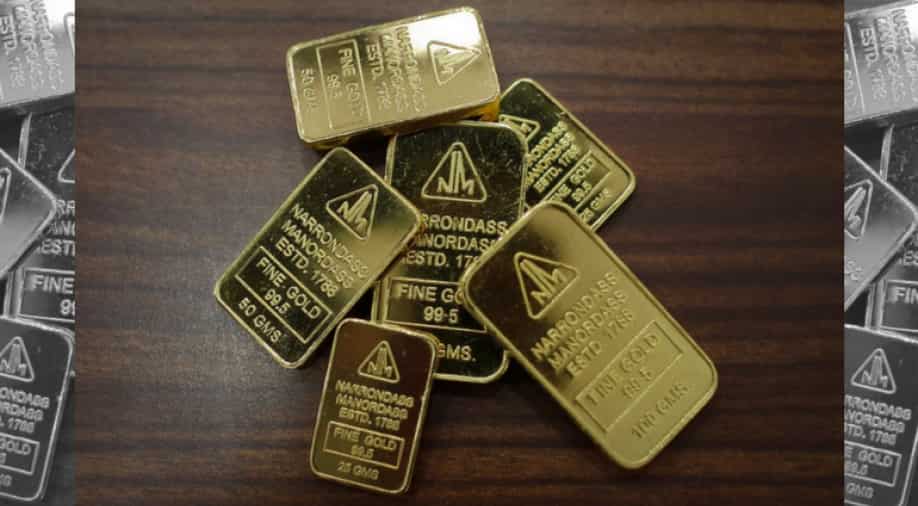 A total of 340 cases of gold smuggling, an increase of 58 per cent as compared to the cases filed in 2017, were registered by the customs in 2018, an official statement said.

Gold worth over Rs 110 crore was seized from smugglers by customs officials at Delhi's Indira Gandhi International airport during the last year, according to an official statement issued Wednesday.

In these, 402.48 kilograms of gold, valuing Rs 113.83 crore, were seized and 262 persons were arrested, the statement issued by the customs said.

There were 57 cases of smuggling of foreign currencies during the year, in which forex worth Rs 22.27 crore were seized. A total of 38 persons were arrested in these cases, it said.

In 2017, there were 215 cases of gold smuggling at the Delhi airport. The customs officials seized 242.5 kilograms of the yellow metal in these cases and arrested 143 people.

In 35 cases of forex smuggling during 2017, a total of 18 persons were arrested and foreign currencies worth Rs 10.75 crore were seized.

"The increase in gold smuggling cases show that people still consider it as a safe investment option. There is a strong need to deter people's love for gold," a senior customs official said.

There was also seizure of narcotics at the Delhi airport in the last year.

"Whereas there were no cocaine seizures during 2017, three foreign nationals were arrested under the Narcotic Drugs and Psychotropic Substances Act, 1985, during 2018.

These cases involved the seizure of 2.35 kilograms of cocaine worth approximately Rs 13.50 crore in the international narcotics market," the customs department said.