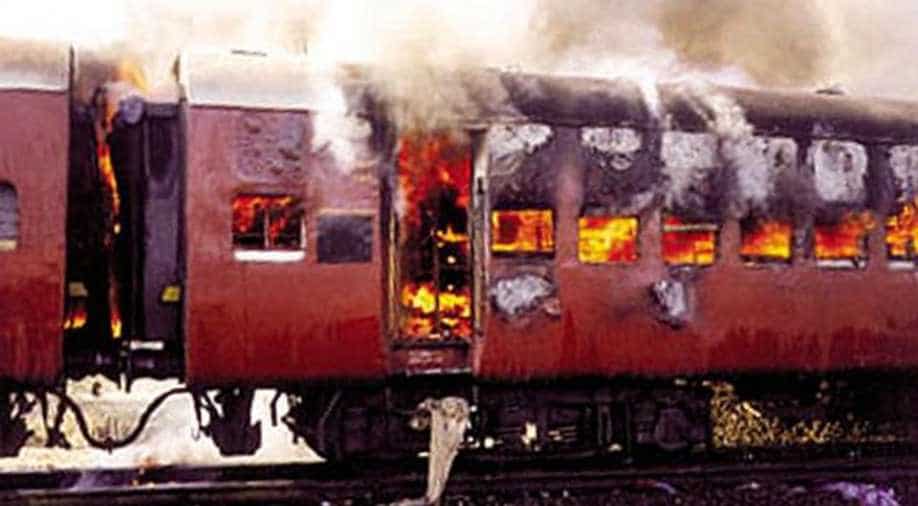 Coach S-6 of the Sabarmati Express, in which 59 people, mostly 'kar sevaks'?returning from Ayodhya, were travelling, was burnt on February 27, 2002 at Godhra station, triggering riots in the state. Photograph:( Reuters )

The Gujarat High Court today upheld the convictions made by the special SIT court in the 2002 Godhra train coach burning case.

The court in its order said that none of the accused will be given death sentence for the train burning. It commuted the death sentence of 11 convicts to life imprisonment.

Coach S-6 of the Sabarmati Express, in which 59 people, mostly "kar sevaks" returning from Ayodhya were travelling, was burnt on February 27, 2002 at the Godhra station, triggering riots in the state.

Later, several appeals were filed in the High Court challenging the conviction, while the state government had questioned the acquittal of 63 people.

The court had convicted 31 people while accepting the prosecution's contention that there was a conspiracy behind the incident.

All the 31 were convicted under IPC sections related to murder, attempt to murder and criminal conspiracy.

The Nanavati Commission, appointed by the Gujarat government to probe the carnage, had concluded that the fire in the S-6 coach was not an accident, but it was set ablaze.