Goals set for 2030 will be fulfilled by 2025, says PM Modi in address to Indian audience in France 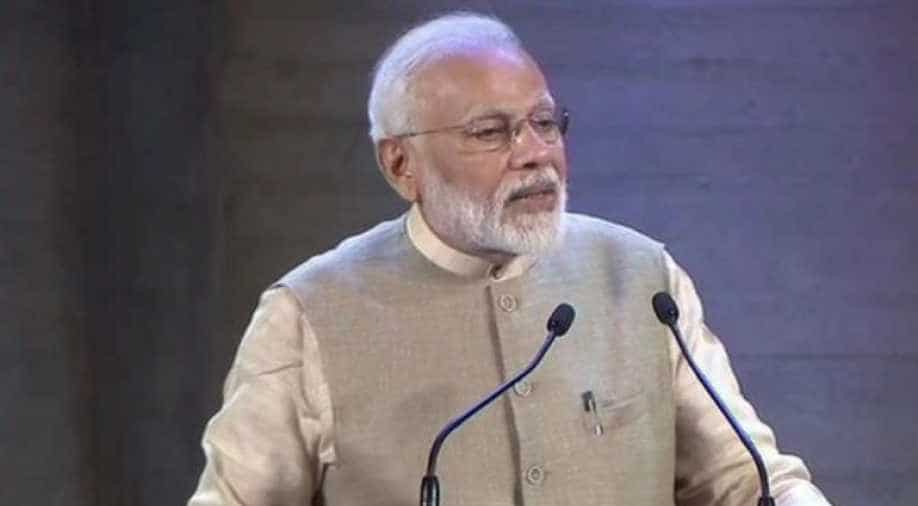 On day two of his French visit, Prime Minister Narendra Modi addressed an animated Indian diaspora audience at UNESCO headquarters in Paris said India was on the path to progress.

On day two of his French visit, Prime Minister Narendra Modi addressed an animated Indian diaspora audience at UNESCO headquarters in Paris and said India was on the path to progress.

Modi said that he is not among those who forget the promise amid thunderous applause from the audience and added ''goals set for 2030 will be fulfilled by 2025''.

He said that within 75 days of forming the new government, they took many strong decisions.

Modi thanked the French President Emmanuel Macron for inviting to France to attend the G7 Summit.

''Today in the 21st century we talk of INFRA. I would like to say that for me it is IN+FRA, which means the alliance between India and France,'' Modi said adding to list of acronyms he is know for.

In a short while from now, will address a community programme at the @UNESCO headquarters in Paris. Do watch it live. pic.twitter.com/UZTfd6KT2N

India and France share historic ties and the friendship between the two countries are built on a solid ideal, Modi said.

''I was told that Ganesh Mahotsav has become an important part of Paris's cultural calendar. On this day Paris looks like a mini India, which means in some days we will hear 'Ganpati Bappa Morya' chants here as well,'' the prime minister said.

''I salute all those including the great Indian nuclear physicist Homi Bhaba, who lost their lives in the two crashes,'' the Indian prime minister said.

Modi said that India was surging ahead and the mandate that his party got was not merely for ''running'' a government but for ''building'' a new India, Modi said.

''I have come to a nation of football lovers and you very well know the importance of a goal, that is the ultimate achievement. In the last five years, we set goals which were earlier considered impossible to fulfil,'' he said.