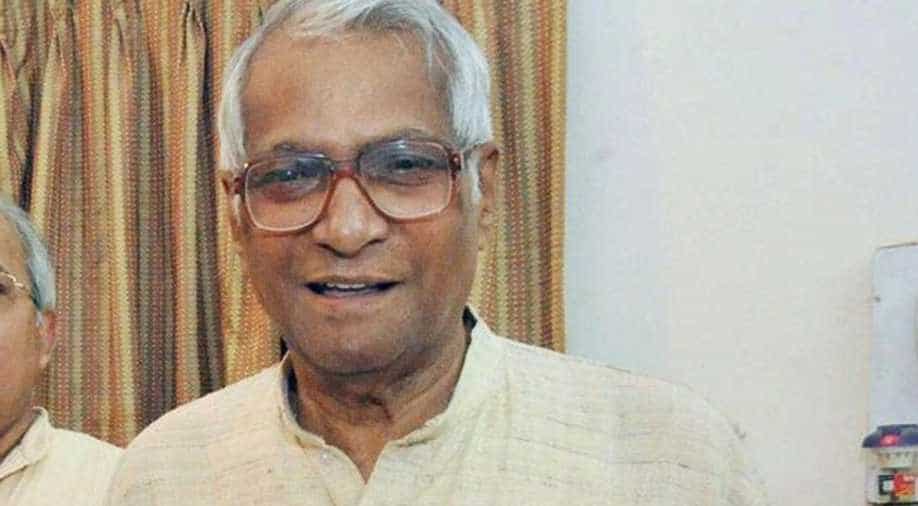 Fernandes was jailed during the Emergency and charged with conspiring to blow up railway tracks. He won Bihar's Muzaffarpur Lok Sabha seat in the 1977 elections from jail, and was made industries minister in the Janata Party government.

George Fernandes had been studying to become a Roman Catholic priest when he found himself drawn to trade union politics. He went on to become one of the leading lights of the socialist movement of India's 1970's.

He won his first Lok Sabha election in 1967. He organised a nationwide railway strike in 1974.

He was jailed during the Emergency and charged with conspiring to blow up railway tracks. He won Bihar's Muzaffarpur Lok Sabha seat in the 1977 elections from jail, and was made industries minister in the Janata Party government.

He was also the founder of the Samata Party.

From novice priest to socialist firebrand, trade union leader to wanted man on the run — here are five interesting facts about George Fernandes.

Sent to become a priest, he became a trade union leader

Fernandes was born in Mangaluru in 1930 and was training to be a Roman Catholic priest when he got attracted towards trade union politics. In 1949, he moved to Bombay where he joined the socialist trade union movement. Becoming a trade union leader, Fernandes organised many strikes and bandhs in Bombay in the 1950s and 1960s while working with the Indian Railways. In 1974, he organised a nationwide railway strike, when he was President of the All India Railwaymen's Federation where the entire nation was brought to a halt.

Fernandes's first shot at glory came in 1967 when the flamboyant politician was offered a ticket by the Samyukta Socialist Party to contest the general elections. He stood against the veteran Congress leader SK Patil and defeated the Congress strongman in his Bombay South parliamentary constituency. After his victory, he earned the nickname “George the Giant Killer".

Became a Sikh man, recited Gita during the Emergency

Sporting a turban and a beard, George Fernandes assumed the guise of a Sikh man to evade arrest during the Emergency and recited the Gita to inmates while being imprisoned in Tihar Jail in that era, according to a colleague of the veteran socialist leader, who was arrested along with him.

"Police were on the lookout for us. But, we not only went into hiding but continued to operate. To escape arrest, George had assumed the avatar of a Sikh man, with a turban and a beard, and had grown long hair. He used to call himself 'Khushwant Singh' after the noted author," a fellow jail inmate of Fernandes's said.

The most enduring image of the Emergency

Fernandes in handcuffs raising his hand in defiance became one of the most enduring images of the Emergency era. The emergency was in effect from June 25, 1975, until it was withdrawn in March 1977.

During his tenure as Union Minister for Industries, he drove American multinationals IBM and Coca-Cola out of the country, due to investment violations. George Fernandes came up with a policy for multinational industries requiring them to find Indian partners. Many agreed, but Coca-Cola refused as it had to share its secret recipe with its Indian partner.