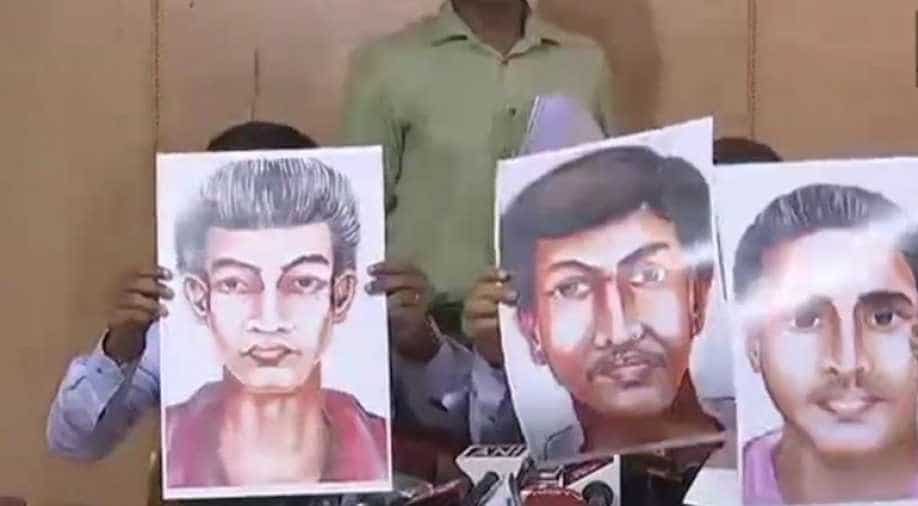 Police said they were releasing the sketches because they wanted the co-operation of the people. Photograph:( Twitter )

The Special Investigation Team which is investigating the murder of Karnataka-based journalist Gauri Lankesh released three sketches of the two suspects in the case.

SIT chief BK Singh said the sketches were being released because the police wanted the co-operation of the people.

"Based on the information we made sketches, we want cooperation from people so we are releasing sketches of the suspects," the SIT chief said.

The SIT also released a video of the recce done by the suspects.

#WATCH CCTV footage of one of the suspects in #GauriLankesh case. Police say, he was conducting recce before the murder. pic.twitter.com/6jfNJjMO5e

The SIT said there were two sketches which were similar because they were made by two artists based on different eyewitness accounts.

Police quoted eyewitnesses as saying that they saw the suspects in the area nearly seven days prior to the crime.

The chief of the investigating tribunal also cautioned that the religion of the suspects could not be determined on the basis of their external appearance like tilak or
earrings because this could have been done to mislead.

"We have investigated 200-250 people in connection with the case," BK Singh said.

He also clarified that there was no confirmation that the weapons in the Gauri Lankesh murder and the MM Kalburgi case were the same.

The man who shot her had arrived at the scene on a motorcycle with another man and was wearing a motorcycle helmet when the murder took place.

On October 4, Karnataka home minister Ramalinga Reddy said the SIT had identified the killers and had clues but that police was trying to collect proper evidence.