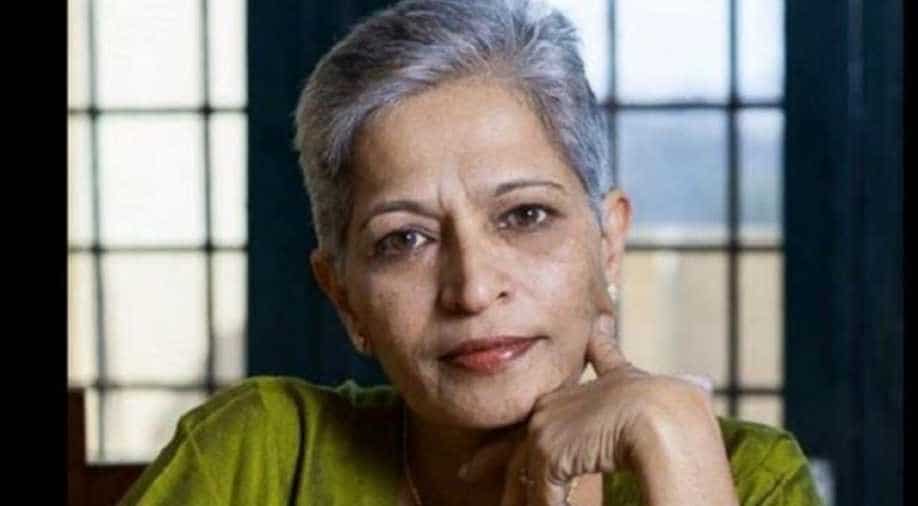 The charge sheet of 650 pages was filed after nine months of the crime, and it contains statements of 131 people including the Naveen Kumar alias Hottey Manja -- mentioned as prime accused -- &nbspand his friends.

According to the filed charge sheet, Naveen Kumar is suspected to have met sharpshooters from North India. The meeting between the shooters and him took place in a forest area of Chamarajnagara district of Karnataka.

Praveen alias Suchith Kumar a native of Mangalore was named as accused number two. He was arrested by the Special Investigation Team on Wednesday.

According to the report, Praveen with his team did multiple recces of Gauri's house and noted where all CCTVs were present. The details were then shared with the shooters.

Conspirators of the murder have collected details of people who spoke against the religion, the charge sheet states.

Special Investigation Team has retrieved call records of these conversations between conspirators and spiritual organisations.

The team has also recovered a small notebook from Praveen in which has notes related to the planning of the murder. The notes are written in a code word.

On March 9, six months after the murder of Gauri Lankesh, the Karnataka police arrested alleged gunrunner Naveen Kumar. He was taken into police custody on March 2 for an interrogation in connection with the case.