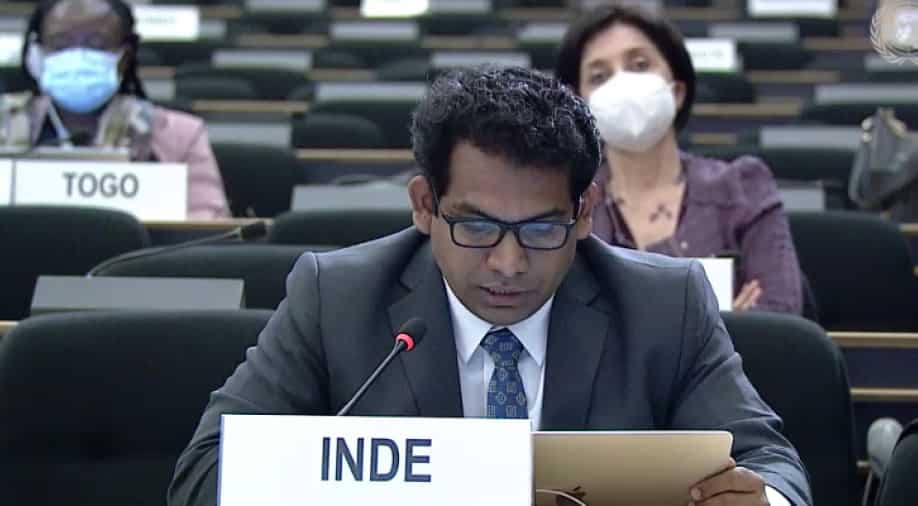 India hit out at Pakistan, telling the United Nations Human Right Council (UNHRC) that UN-listed international terror groups have been collecting funds in name of charity to finance terrorism.

Calling the development a "disturbing trend", India's first secretary to the United Nations in Geneva Pawan Badhe said, "The collection of funds by proscribed terrorist outfits ostensibly for undertaking charitable activities are in reality being used to finance terror."

Speaking at the debate "Human rights situations that require the Council’s attention", Pawan Badhe highlighted how "malevolent attempts by terrorists" has been observed whose aim is "to exploit the financial and emotional distress caused by the lock-downs to disturb the cohesiveness of societies".

India also raised the issue of fake news and detailed how "increased presence of people online and on social media has been targeted by terrorists to disseminate misinformation through hate speeches, fake news and doctored videos" with the intent to "entice and establish links with vulnerable individuals and recruit them in their cadres."