From Patna to Kursk! Indian origin MLA Abhay Singh says he was never an outsider in Russia 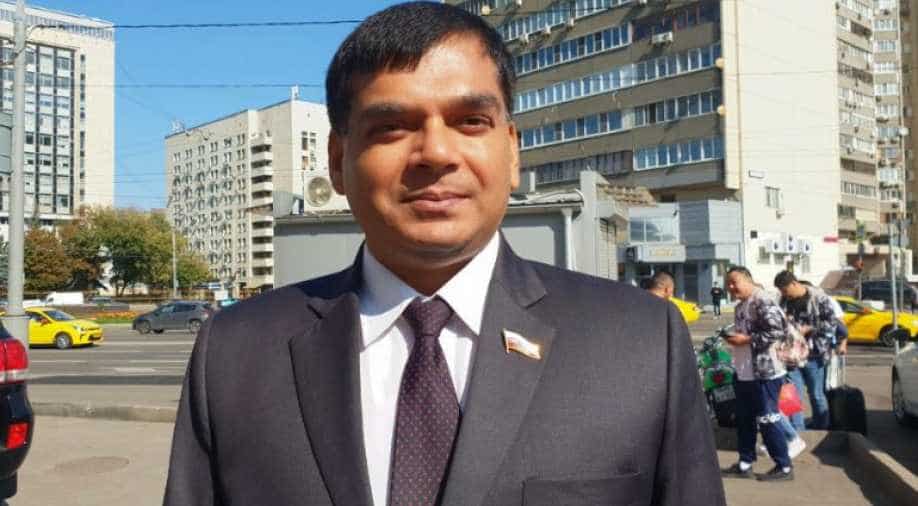 Not many people may have heard about him but Abhay Kumar Singh is an MLA in the western Russian city of Kursk. He came here 30 years ago from Patna and fell in love with the country, eventually joining politics and fighting elections from the ticket of President Vladimir Putin's party--the United Russia party.

Our principal diplomatic correspondent Sidhant Sibal spoke to Abhay Singh in Moscow on politics and his journey.

WION: Tell us about your journey from Patna to Kursk in Russia?

Abhay Kumar Singh: I came to Russia for studies in 1991. So, when I started my studies in 1990 there was a lot of vacant space for business and opportunities here as the Soviet Union had collapsed, a new country came out--Russia. I started my business parallel to my studies and after finishing my studies, I was fully involved in the business. After doing business for some time, I joined politics. I fought for MLA elections and won.

WION: And you fought from Russian President Vladimir Putin's party.

Abhay Kumar Singh: I am proud of Vladimir Putin and happy that I belong to his party, United Russia party, and I am very happy to see him in party conferences.

WION: How do you see India and Russia ties?

Abhay Kumar Singh: Relationship between India and Russia is more than friendship and it is a tradition. As a schoolboy, I went to the Russian book fairs in India. Somewhere in my heart, there was Russia, and I love this country.

WION: How many Indians live in Russia and with the lack of English is it a problem to settle here?

Abhay Kumar Singh: There is a language problem and I think, Russia is a tough country like in other countries people accept foreigners so simply. I am an example of how Russia has accepted people.

WION: You faced any problems of acceptance by people here? Are you an outsider in Russian politics?

Abhay Kumar Singh: I don't feel any problem. I don't know why but Russians accepted me very well. My opponent in elections was defeated by a big margin. People voted for me only. In Russia, 15,000 Indian people are working and in addition around 40,000 students are studying in different universities especially in medical. I don't think there is racism now, it had been there during the 1990s.

WION: How do you see the future of Russia?

Abhay Kumar Singh: In Russia, our President Putin is a very strong man and I think he is not only a Russian leader but a world leader. Now, Russia is at the top in the world, our country is very strong and any problem will be solved.

WION: How do you see India and PM Modi. He will be visiting Russia next week?

Abhay Kumar Singh: In Russia, a lot of people like him. He is a strong leader and most welcome him to Russia. We are happy to see him.