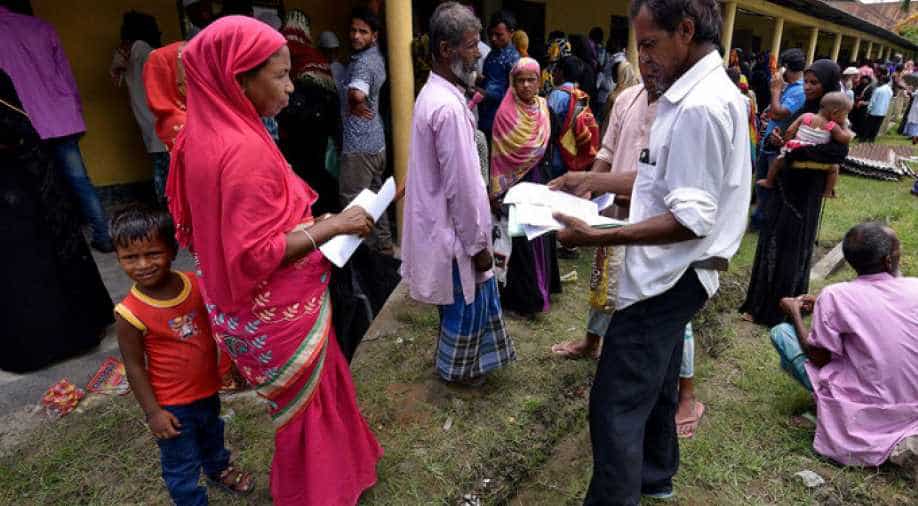 The Assam government has published the National Register of Citizens(NRC) final draft today with reports indicating that around 40 lakh residents do not find a mention in the list.

Also Read: Will still be treated as Indian citizen if name does not appear in NRC, says Assam CM

"We would like to reassure every person whose name is not on the draft, that they will have ample support to make claims and objections," Sailesh Registrar General said.

According to the list, 2.89 crore people have been put in the NRC out of the 3.29 residents in the state.

Meanwhile, the Home Ministry has directed the Assam government including neighbouring states to ensure maintenance of law and order in the run-up to and post-publication of the draft of the National Register of Citizens (NRC).

The Assam government has been advised to set up a state-level coordination committee under the chairmanship of chief secretary to ensure coordination among state agencies, NRC authorities and central agencies. Round-the-clock control rooms at the state capital and district headquarters are to be activated to receive complaints and coordinate prompt response.

Union Home Minister Rajnath Singh had in a statement earlier assured that every individual will get justice and will be treated in a humane manner.

All individuals will have sufficient opportunity for the remedies available under the law, the home minister had said, adding that adequate opportunity for claims and objections will be available.

"All claims and objections will be duly examined," Home minister Rajnath Singh had said.

The Home ministry has also advised the state government of Assam that "no action should be initiated by the administration or the police based on the draft NRC."

"The question of referring any person to a detention centre based on NRC exercise also does not arise," it said.