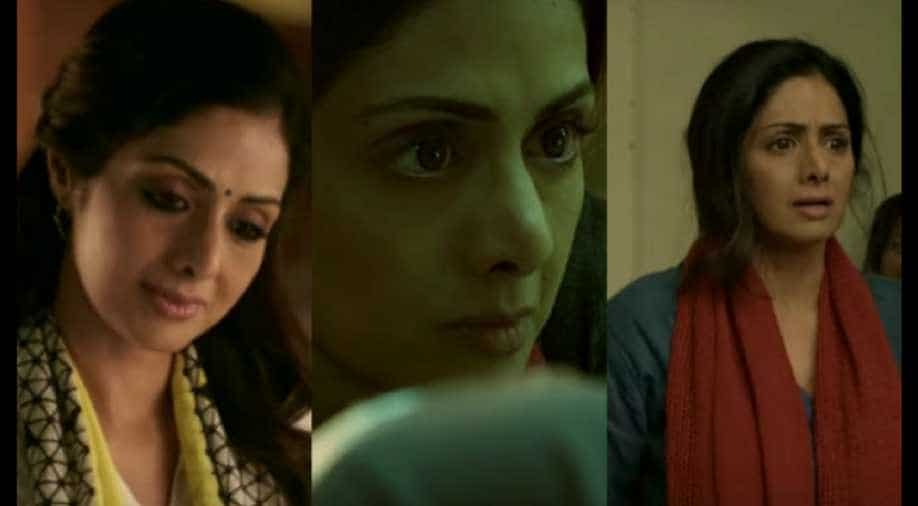 The entire film fraternity is in deep shock over the news of the sudden demise of Bollywood actress Sridevi. Veteran film actor and Padma Shri awardee Sridevi, who had an illustrious career spanning over four decades, died late in the night reportedly due to cardiac arrest in Dubai, where she had gone along with her family to attend her nephew Mohit Marwah's wedding.

I’m shocked and very disturbed. I’ve lost a dear friend and the industry has lost a true legend. My heart goes out to her family and friends. I feel the pain with them #RIPSridev ... you will be missed.

Have witnessed Sridevi's life from an adolescent teenager to the magnificeint lady she became. Her stardom was well deserved. Many happy moments with her flash through my mind including the last time I met her. Sadma's lullaby haunts me now. We'll miss her

Sridevi’s sudden passing away has left me in deep shock. Can’t imagine how such a bubbly person, a wonderful actor, is no more.She has left a void in the industry that cannot be filled. Boney is a good friend & I’ve seen their daughters grow up. My prayers are with the family????

I have no words. Condolences to everyone who loved #Sridevi . A dark day . RIP

I just heard Ma’am Sridevi passed away due to a massive cardiac arrest. I am in shock...cant stop crying...

I am shocked . I have no words. My condolences to the family , friends and fans of cinemas darling ... Sridevi ji .. #RIPSridevi

SHOCKING. JOLTED. Am I having a horrible dream. Sridevi no more? This is SO SO SAD. AND SO SO NOT FAIR. One of the most brilliant, elegant and talented actresses ever. The queen of Indian cinema. And a friend. Worked with her in so many movies. So many amazing memories.....

An absolute icon. Gone too soon, #Sridevi. Too soon...

She will live on in our hearts. RIP Sridevi ji.

Director Anurag Basu called Sridevi's death shocking and said it would be sad that Sridevi would not be able to watch her daughter on the silver screen.

"It's really shocking. For the longest time in the morning, I thought it's a rumour. She had groomed her daughter and made her what she is today, it will be sad that she will not be able to watch her on screen. Life is unpredictable," said Anurag Basu.

"It's shocking. No one had thought that this would happen. She had just returned to films. As an actor she could carry films on her shoulders. She was a pan-Indian actress and an icon of our industry. My heart goes out to her family," he said.

"There are a few things which you find tough to believe. She was a phenomenal actress, a superstar. There was nothing that she couldn't do. She was a role model. My condolences to the entire family. This is an irreparable loss. God bless her soul," said actress Divya Dutta.

Prime Minister Narendra Modi said he was saddened by the untimely death of the actress.

Saddened by the untimely demise of noted actor Sridevi. She was a veteran of the film industry, whose long career included diverse roles and memorable performances. My thoughts are with her family and admirers in this hour of grief. May her soul rest in peace: PM @narendramodi

Shocked to hear about the sudden and untimely death of one of India’s favourite actress, Sridevi.

Sridevi was an incredibly talented and versatile actress whose vast body of work spanned a range of genres and languages.

My condolences to her family. May her soul rest in peace.

Union Minister for Information and Broadcasting Smriti Irani wrote an emotional letter remembering her "favourite star who defined joy in my childhood".

"I pay homage to an actor who through her body of work ascertained that a female actress' place in a commercial Hindi movie is not only to compliment her male counterparts," Smriti Irani wrote in the letter.

"My memories of Sridevi are built through my journey from being a fan girl to an actor and then my role as a politician. I have had opportunities to meet Sridevi in public engagements and industry events, and each time I went back knowing a little more about her.

"She was a woman who knew her mind and despite the challenges that came her way, she approached life with a lot of dignity. The actor in me was influenced by her work in movies like 'Chalbaaz', 'Chandni', 'Sadma' and the effortless performance in 'Lamhe'," she said.

Calling Sridevi's death an irreparable loss, Congress leader and former cricketer Navjot Singh Sidhu said the actress was a role model and "her work will live for ever."

"It is an irreparable loss. She was an icon. I never saw her age. It is a loss for the entire country. She was a role model and her work will live for ever. She was a jewel like Kohinoor (diamond)," Navjot Singh Sidhu said.

Telangana Chief Minister K Chandrashekhar Rao said, Sridevi, who acted in Telugu, Hindi and several other regional films, had captivated the cine-goers with her beauty, dancing and acting skills, and had earned countless fans."

"It is unfortunate that Sridevi, who was still active in the film industry, died at a young age," he said in an official release.

West Bengal Chief Minister Mamata Banerjee described the actor as "one of the most popular actors of a generation" while her Bihar counterpart Nitish Kumar said Sridevi's death had caused an irreparable loss to the film fraternity.

Uttarakhand Chief Minister Trivendra Singh Rawat expressed deep sorrow over the sudden demise of veteran actress while his Haryana counterpart, Manohar Lal Khattar said Sridevi had made a special place in the hearts of people through her acting.

The US consulate in Mumbai lamented Sridevi's sudden death.

We lament the sudden demise of legendary Bollywood superstar #Sridevi, whose work touched lives around the world. Our condolences to her family and fans. RIP #Sridevi pic.twitter.com/bjhqIuYFNl