Explainer: Jaish-e-Mohammad, the Pakistan-based militants, at heart of tension with India 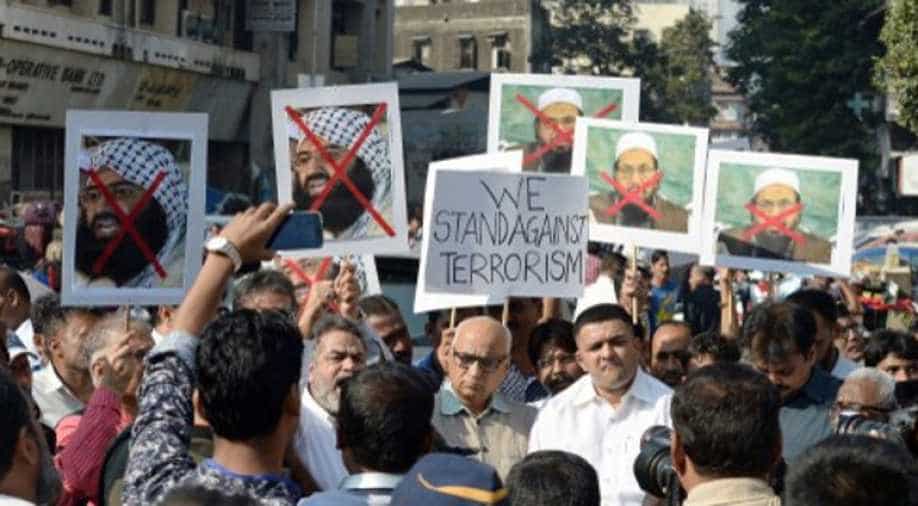 Despite many rumours, Azhar's whereabouts have been officially unknown since a 2016 attack on an Indian air force base in Pathankot in Punjab, India. Photograph:( AFP )

India says the group and its leader, Masood Azhar, enjoy free rein in Pakistan, and demands that Pakistan acts to stop militant groups operating from its soil.

A Pakistan-based militant group, Jaish-e-Mohammad, has taken responsibility for the deadliest attack on security forces in Indian Kashmir in 30 years of insurgency, ratcheting up tension between the nuclear-armed South Asian neighbours.

India says the group and its leader, Masood Azhar, enjoy free rein in Pakistan, and demands that Pakistan acts to stop militant groups operating from its soil.

India has blamed Jaish for a series of attacks including a 2001 raid on its parliament in New Delhi that led to India mobilising its military on the border, bringing the foes to the brink of a fourth war.

Who are the Jaish-e-Mohammad and what have they done?

Jaish-e-Mohammad (JeM), or Army of Mohammad, has ties to other Sunni militant groups in Pakistan such as Lashka-e-Taiba (LeT) and Lashkar-e-Jhangvi. It was banned in Pakistan in 2002 but US authorities say it still operates there openly.

Founded in 2000 after the release of Azhar from an Indian prison in exchange for 155 hostages from a hijacked Indian Airlines plane, it has claimed responsibility for numerous suicide bombings in Kashmir, India's only Muslim-majority state, which is also claimed by Pakistan.

The group, which aims to unite Kashmir with Pakistan, has repeatedly caused tension between India and Pakistan. Along with LeT, it was involved in attacks in 2001 on the Indian parliament and the Jammu and Kashmir legislative assembly building.

Pakistan rejects Indian accusations that it harbours and sustains the group. Pakistani authorities have linked JeM with two assassination attempts on former President Pervez Musharraf in 2003 as well as the kidnap and murder of US journalist Daniel Pearl in 2002.

Where do they operate and who is Masood Azhar?

While Kashmir is the focus of Jaish operations, the group was based in Bhawalpur, a dust-blown Pakistani town on the border with India in the south of Punjab province. Media reports and Indian intelligence sources have suggested that a walled headquarters, as well as another large premises on the outskirts of the city, are used to recruit and train youngsters from the impoverished region.

The Jaish is listed as one of 33 banned organisations by Pakistan's National Counter-Terrorism Authority, which states on its website that the ban came on Jan. 14, 2002. But the group has never hidden its existence, frequently issuing videos threatening India, and also the United States.

After a period of silence, the portly Azhar surfaced in a video in 2014, boasting of 300 suicide bombers at his command and threatening to kill PM Narendra Modi if he became India's prime minister.

Despite many rumours, his whereabouts have been officially unknown since a 2016 attack on an Indian air force base in Pathankot in Indian Punjab.

What is the diplomatic wrangling over the group?

In 2001, the UN Security Council blacklisted the Jaish, tying it to al Qaeda, and accusing it of participating in the financing, planning, facilitating, preparing or perpetrating of al Qaeda acts.

But the group has floated in and out of the shadows and a US State Department report last year said Pakistan had not cracked down on the activities of JeM and other groups that aim mainly to operate outside its territory.

"The government failed to significantly limit LeT and JeM from openly raising money, recruiting, and training in Pakistan", it said.

While Jaish was blacklisted by the UN Security Council, India's efforts to get Azhar sanctioned have been blocked by China, it says. China has put a technical hold each time India has pushed the issue in the council.

On Friday, China said it condemned the latest attack in Kashmir, and noted that Jaish, which claimed the attack, was already on a UN sanctions list. As for its leader is concerned, the relevant committee had rules and processes for listing people, Chinese foreign ministry spokesman Geng Shuang said.