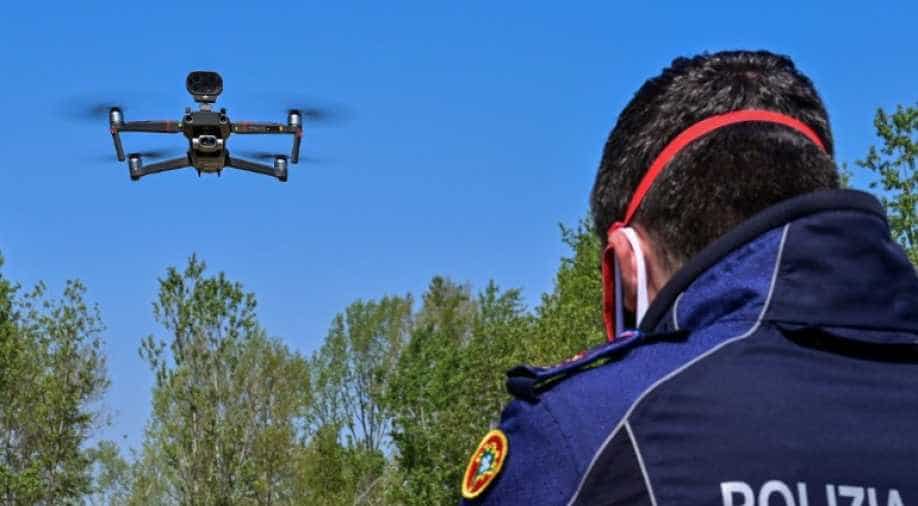 Indigenously designed and developed drones have displayed their capability in spraying disinfectants across crowded, inaccessible areas in COVID-19 hotspots and also recently in the fight against locusts.

At a time when India’s government looks to boost home-grown manufacturing and self-reliance, drones are a key focus area. While India imports sophisticated drones that are meant for the Armed Forces, there are various purposes for which home-grown options have proven their mettle. Indigenously designed and developed drones have displayed their capability in spraying disinfectants across crowded, inaccessible areas in Covid-19 hotspots and also recently in the fight against locusts. Experts who work in the field also believe that the scaling up indigenous drone manufacturing could not only boost local industry, but also generate millions of jobs across sectors.

Shortly after the Covid-19 outbreak in India’s major cities from the month of March, drones took to the skies, spraying disinfectant over vast, congested urban spaces. Drones were aiding the civic authorities’ efforts in fighting against the deadly pandemic. Drones from educational institutions, private companies were widely being used for disinfection of areas in a quick and efficient manner. What’s more, some of these drone models are also fueled by petrol, hence can operate for longer durations without the worry of downtime during longer charging hours.

Recently, India’s Ministry of Civil Aviation had also permitted the Agriculture Ministry to utilize engine-powered drones (with a fully-loaded weight below 50kgs) to fly night operations, spraying pesticides against locusts in Certain North-Western& Central states. So far, only the drones operated by India’s defense forces had the clearances to fly during day and night. This latest permission offered to the Agriculture Ministry is being viewed as a major boost to the home-grown manufacturers of this technology. This could mean more opportunities for drone-makers, engineers and others involved in the supply-chain to contribute in a larger way.

Drones built by Chennai’s Abdul Kalam Advanced UAV Research Center in Anna University have been among the ones fighting locusts in Rajasthan. 3 drones and 8 pilots have been camping in the state and assisting the authorities, who are also employing traditional methods to avert the locust threat.

Dr K Senthilkumar of Chennai’s Anna University points out that the petrol-operated drones are the future and that their applications are wide-ranging, as they have several advantages over their battery-operated counterparts.

“Our petrol-powered drones can fly for 40 minutes non-stop and just need maintenance after every 50 hours of operation. Battery-powered drones require the battery pack to be disposed after 75-100 flights. Our drones have a 40-minute endurance using 3.5 liters of fuel, whereas battery models fly about 10 minutes, before they need to land and charge. The model being flown in Rajasthan has a tank capacity to hold 18 liters of liquid (disinfectant or insecticide) and uses an ultra-low volume atomizer spray which is highly efficient and reduces wastage. Just one of our drones can spray 5000sq meters in a single 40-minute flight, so if we fly it round the clock(in 4 shifts), we can cover upto 80,000sq meters” Dr. Senthilkumar, Director,  Abdul Kalam Advanced UAV Research Center told WION.

With wide-ranging applications and enhanced emphasis on indigenization, it is needless to say that in the coming times, the sky is the limit for India’s domestic drone manufacturers. Favorable policy and liberal regulations in the relevant sectors too play a major role in generating interest from the industry. “The Ministry of Civil Aviation (MoCA) supports use of drone-tech in agriculture. In addition to aerial surveillance and spraying, it can do wonders in crop crop analytics and farm yield improvement. As demand rises and prices fall, we foresee many Indian villages having their own rented drones, much like tractors and harvester combines. This will help create local entrepreneurs, jobs and higher farm earnings” Amber Dubey, Joint Secretary and Head of Drones division at MoCA told WION.

Dr Senthilkumar adds that better engineering and modifications to drones can help allay the fears about misuse and mishaps involving these flying machines. He talks about programming the drones and limiting range in such a way that they won’t fly above 20 meters in height and 300 meters in distance.

He adds that there are also methods to avoid crashes and fires that may result from mishaps. “Our drones have battery backup and can land in case of primary engine failure. We have programmed it in such a way that it will land at the take-off location. Even our petrol engine isn’t a direct drive model, it works like a generator and the power is transferred to the motor. We have done several crash tests from a 100m height and observed that only the landing gear gets affected, we are also considering using a fire-resistant material for the petrol tank henceforth” Senthilkumar says.

Dr MK Surappa, the Vice Chancellor of Anna University says that drones have become widely popular in a matter of a few years and that they have unlimited potential. “Besides military use, it used to be a toy for some, and was also meant for photographers, but there is the option of using them in swarms, as coordinated drones and what not. It’s not just about building drones, but about equipping them for Internet-of-things (IoT) and fitting more advanced sensors and cameras, thus allowing them to have software-driven functionalities. The potential here is enormous” he told WION.

Dr Senthil Kumar envisions that drones can bring about the next manufacturing revolution, just like automobiles had done over the years. He estimates that India alone would need over half-a-million (5 lakh) engine-operated drones for wide-ranging civilian needs in the coming years. This would in turn mean employment for engineers, drone operators, assistants, manufacturers, suppliers, service technicians and a whole lot of others, he says.