Exclusive: Disengagement at border with China is slow due to suspicions, India's Chief of Defence Staff General Bipin Rawat to WION 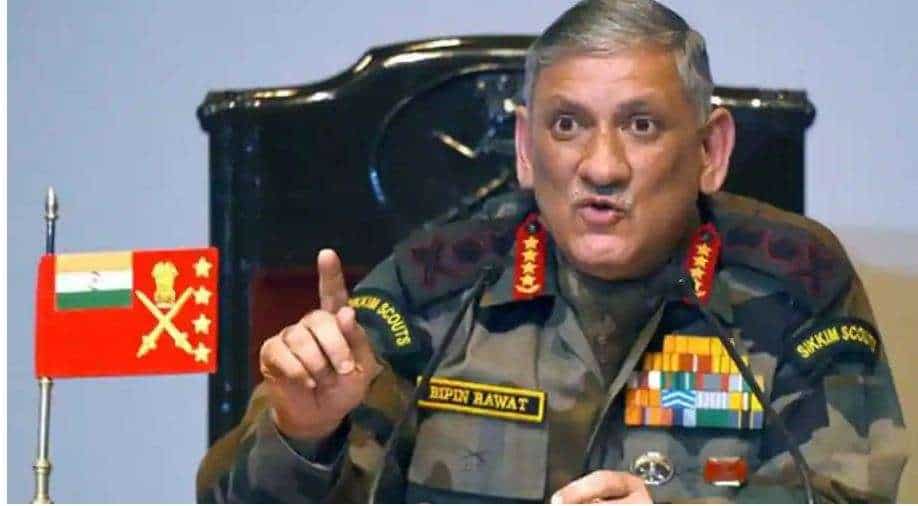 After the tense border standoff along the Line of Actual Control (LAC), India and China have begun the process of disengagement, but the negotiations have been proceeding slowly.

The disengagement process with China after the recent border standoff in the Ladakh area is slow due to suspicions on both sides, India's Chief of Defence Staff (CDS) General Bipin Rawat told WION in an exclusive interview.

After the tense border standoff along the Line of Actual Control (LAC), the two countries have begun the process of disengagement, but the negotiations have been proceeding slowly.

"The disengagement process with China is slow because there is suspicion on both sides," India's CDS General Bipin Rawat said.

"When you have adversaries and you've had this kind of engagements in the past, there are always suspicions that if you withdraw prematurely, will the other side come up and occupy the same features. Because of these kind of suspicions that we have, we are trying to resolve these at the diplomatic, political and military level," General Rawat said.

Noting that "some very good progress" has been made in the Pangong Tso area where the north and south banks of the lake have been vacated, he said: "in the other areas, it is happening in a transitory manner".

"I think we are making good headway. While we should not expect very good progress because as I mentioned there will be suspicions, at the same time we have to ensure and not allow our guard to be lowered. We cannot take things for granted. We have to move in a very cautious manner."

Yet, he said, "we do not want to continue to operate in this manner because this creates tension."

Whenever troops are in close proximity, there are always chances of the situation escalating, he said. "Our commanders want that we must de-escalate at the earliest, and I think gradually we will succeed in achieving what we wish to achieve."

"It is a slow process, but it will happen in times to come," he said.

India had said last week that the disengagement along the LAC is unfinished, asking China to maintain stability in the area and avoid any further incidents.

"The process of disengagement remains unfinished. The two sides have agreed that in the interim, they would maintain stability on the ground and avoid any new incidents. It is our expectation, therefore, that neither side should do anything that is not in keeping with these understandings,” India's external affairs ministry spokesperson Arindam Bagchi had told reporters on June 4.

After the tense border standoff last year, troops on both sides conducted a drawdown along the banks of the Pangong Lake in February. However, the disengagement process has stalled since then. Talks at the diplomatic and military levels failed to reach a consensus on friction points such as Depsang Plains, Gogra and Hot Springs.

Recent reports said China has been moving in military equipment and formations into Tibet and Xinjiang and boosting its air defence, missile positions and airports on its side of the LAC.