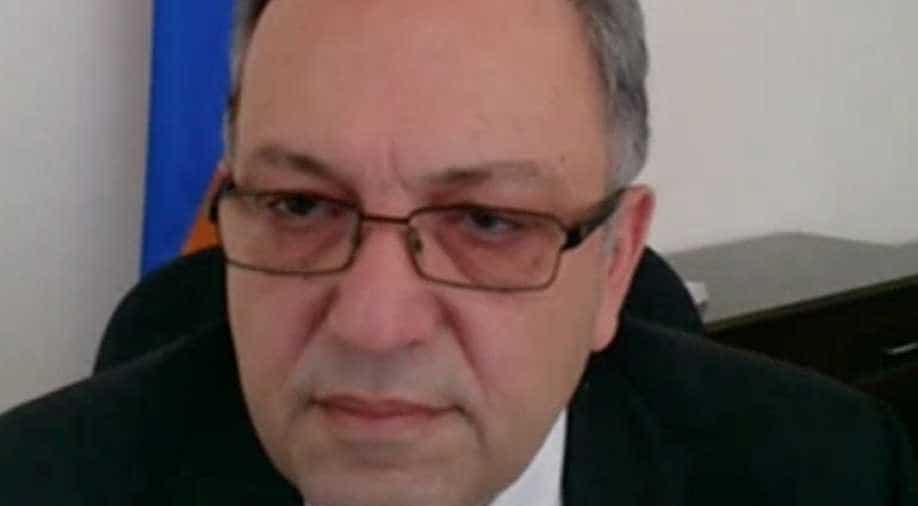 In a big development, Armenia has said that it "can't exclude the possibility" of Pakistani fighters on the ground fight along with "mercenaries operating in Azerbaijan".

Armenia's Deputy Foreign Minister Avet Adonts speaking to our Principal Diplomatic Correspondent Sidhant Sibal from Yerevan said," It won't be a surprise for us", recalling how in the 1990s Pakistani nationals were present when war broke in Nagorno Karabakh. He also slammed turkey for sending Jihadis to Azerbaijan explaining "this imposed or instigated war" has been "well planned jointly with Turkey". Clashes have broken between Armenia and Azerbaijan in past few days over Nagorno Karabakh region leaving several dead and fears of spillover in the region.

WION: What is the current situation at the Armenia-Azerbaijan?
Avet Adonts: The dictatorship of Azerbaijan backed by Turkey instigated large scale war. Large scale war is taking place on the ground. On September 27, early morning between 6 to 7 am, they — Azerbaijan with its military instruments, the airplanes, heavy artillery, tanks all possible supply to start a massive attack towards nagorno karabakh along the entire contact line between nagorno karabakh and Azerbaijan, targeting the civilian population, capital of the area and many casualties are there. Defence forces of Nagorno Karabakh has reacted in a defensive manner, but in a targetted way but in a defensive manner to the aggression by Azeri military forces jointly with the Turkish. The military operation, defensive operations of nagorno karabakh is providing security of its population, it is about 150,000 people of Armenian origin which used to live there. Its a large scale war between nagorno karabakh and Azerbaijan backed by Turkey. They are expanding the geography of this war, they are approaching Armenian as well, taking into account — on Armenian territory, the Armenia aeroplane has been down days ago. We have witnessed next to the capital to Armenia the drones of Azerbaijan. They were downed, but it is another attempt to provoke another escalation.

WION: What kind of global support you are getting?
Avet Adonts: The international community is well aware, this imposed or instigated war has been well planned, well planned jointly with Turkey. So, its very obvious, obvious documentary proof. No alternative opinion. The situation needs a de escalation, its very obvious. All the international community, with its leaders, are calling to de-escalate the situation. To stop the military operation, but the destination of all these urgent calls are Azerbaijan and Turkey.  Why I am saying Turkey, because, Turkey is very much involved, within the military operation which has been initiated by Azerbaijan. It is a new component of part of the political map, they are practically there--helping not only politically, supporting the country politically as well in a very practical way, the military presence, weapon system, starting with the planes, ending with the drones and military personnel.

WION: Turkey's role in the situation? Is it sending Jihadis?
Avet Adonts: This is not a question, many people and media were questioning days ago. It is very obvious. Not only Jihadis but mercenaries from Northern Part of Syria. They have arrived in Azerbaijan, via Turkey and Turkey was very instrumental in the recruitment process. The number is very different, starting with 1000, ending with 5000. It is very very obvious, proven that they are there, there to fight against Nagorno Karabakh people.

WION: What do you expect from India?
Avet Adonts: First, we value very much quality and dynamics of our cooperation with India. India is very much crucial partner for Armenia, not only in our bilateral agenda but also within the region and international agenda. This is very much in line with the treaty of friendship and cooperation we are implementing jointly with India. As I mentioned in beginning, the de-escalation is very important as well as the unacceptability of this is hugely important. The joint statement produced by OSCE Minsk group — Russia, US, France, Putin, Trump, macron, they have called for stopping the military operation and the 3rd party is very much involved, the name of 3rd party is Turkey.

WION: Reports of Pakistani support in terms of sending men on the ground? True?
Avet Adonts: You know, the single country that has supported Azerbaijan in it, within this development. The single country is Turkey with its military and political support, and Pakistan. Many medias are reporting, Pakistani fighters have left Pakistan, and again via Turkey they have reached Azerbaijan to join the mercenaries operating in Azerbaijan. It won't be a surprise for us. Practically it will be proven very soon.

WION: Your think, considerable possibility of Pakistani nationals on the ground?
Avet Adonts: We can't exclude this possibility, taking into account, they used to act in the same way at the beginning of 90s during the large scale war in Nagorno karabakh. With ceasefire agreement in 1994, these guys were there, of Pakistani origin. It would not be a surprise for us if they will be present this time as well. Since Thursday different media have been aggressive, reporting they are already there.